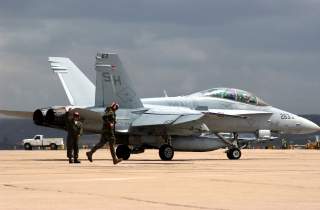 There has been both positive and negative news for Pentagon IT and telecom services in recent contracting years, according to a recently released report by the Congressional Research Service (CRS).

Between fiscal 2008 and fiscal 2015, Defense Department IT and telecom service contract obligations dropped by about 16.1%, when adjusted for inflation, according the CRS report, “Defense Acquisitions: How and Where DOD Spends and Reports Its Contracting Dollars.”

IT and telecom did much better compared to other sectors during the years, the report shows. Only eight other sectors fared better, with only four – the purchase of facilities, education or training, general building supplies and medical services – showing increases.

For some sectors, such as leases and construction of facilities, contract obligations dropped by more than 70%. Research and development (R&D) funding is increasingly becoming more difficult to find, CRS said.

“For almost 20 years, DOD has dedicated an ever-smaller share of its contracting dollars to R&D, with such contracts dropping from 18% of total contract obligations in FY1998 to 9% in FY2015,” CRS reported.

The relative decrease in R&D contracts shows as both a percentage of overall spending and in terms of constant dollars, CRS said.

In contrast, over the same period, DOD obligations to acquire both goods and services are substantially higher than they were 15 years ago.

Research and development contracting is but a portion of overall DOD investment in RDT&E, CRS noted.  “For example, DOD uses grants to support much of its research at universities.

More than half of DOD’s basic research budget is spent at universities and represents the major contribution of funds in some areas of science and technology, such as mechanical engineering and electrical engineering.

“The reduction in U.S. and federal government shares of global R&D did not result from decreased U.S. spending, but from the increased public and private R&D spending of other nations in aggregate,” CRS said.

On the other hand, CRS said, in recent years, China has increased its R&D expenditures at a rapid pace to become the second-largest funder of R&D among nations.

“The United States remains the world’s single largest funder of R&D, spending 37% more than the next highest funder (China) in 2013. Despite continued U.S. leadership, the gap between the United States and China has been decreasing in recent years.”

“In the early 1960s, the federal government funded approximately twice as much R&D as U.S. industry and thus played a substantial role in driving U.S. and global technology pathways,” CRS said.

“Today, U.S. industry funds more than twice as much R&D as the federal government. This transformation has had, and continues to have, implications for federal R&D strategy and management and for the efficacy of the DOD acquisition system. As one general officer stated, whereas the military used to go to industry and tell them to create a technology to meet a requirement, increasingly the military is going to industry and asking them to adapt an existing commercial technology to military requirements.”