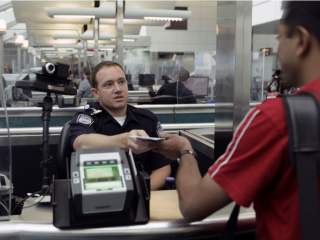 On December 8, the House of Representatives passed the Visa Waiver Program Improvement and Terrorist Travel Prevention Act, H.R. 158, with only nineteen votes against. The resolution would prevent citizens of Iran, Iraq, Syria and Sudan, along with most people who have visited those countries since 2011, from travelling to the United States without getting a visa. The push for these restrictions began in the wake of the November attacks in Paris—carried out by a number of people with ties to the Islamic State group in Iraq and Syria. But it accelerated when two terrorists, one of whom came to the United States from Pakistan on a fiancée visa, murdered fourteen people at a center for disabled adults in San Bernardino, California. The resolution now awaits consideration in the Senate, and faces vociferous opposition from many Iranian Americans. Other critics have charged that it could breach American commitments under the nuclear deal with Iran. What’s going on?

The Visa Waiver Program, which it alters, allows citizens of thirty-eight countries, mainly in Europe, to come to the United States without a visa; these countries extend the same privilege in return to Americans. That reciprocity is at the heart of Iranian American concerns about H.R. 158: if the House measure becomes law, European retaliation could, according to activist group NIAC Action, “render [them] ineligible for the visa waiver program, effectively creating a second tier of American citizens traveling abroad.” And many feel miffed that Iran was singled out—after all, neither Iran nor Iranians appear to have had any role in the attacks that motivated the bill, and Iranian Americans have only very rarely been implicated in terror plots inside the United States; other states, other nationalities with histories of terror aren’t targeted. Both of the recent attacks were motivated by Sunni Islamic extremism, an ideology which gets little love in predominantly Shia Iran and which often attempts to paint its opponents as pro-Iranian. And H.R. 158 wouldn’t have impacted San Bernardino attacker Tashfeen Malik, because she was from Pakistan; it might have impacted Bennetta Betbadal, one of Malik’s victims, because she was from Iran. And Betbadal, like many Iranian Americans, left Iran in fear of the Iranian government. Cases like these make H.R. 158 seem like a butcher-knife solution to a scalpel problem.

Yet there’s a second line of criticism that stands on far shakier ground. In the deal to resolve Iran’s nuclear program, the United States agreed to “refrain from any policy specifically intended to directly and adversely affect the normalisation of trade and economic relations with Iran inconsistent with their commitments not to undermine the [deal’s] successful implementation.” H.R. 158, these critics charge, hinders that normalization by making it tougher for Europeans who go to Iran for business to then go to the United States. Writes Reza Nasri at Al Monitor:

“members of European, Australian, Japanese or Korean business delegations who are planning to travel to Iran following the successful conclusion of the nuclear deal would be compelled to choose between visiting Iran and being barred from the VWP. Of course, as a matter of priority, and namely because of the respective sizes of the Iranian and US economies, many of them would most probably choose to forego traveling to Iran over the risk of compromising their ties to the United States.”

Nasri adds that this may violate international trade law, too—because American companies could go to Iran without facing the same risk. He writes,

“the US government is practically giving American companies, namely oil companies, an unfair and illicit advantage in those markets. This is something that directly goes against the ‘national treatment principle,’ along with the ‘Most-Favoured-Nation’ rule, which constitute the two pillars of the nondiscrimination principle that forms the foundation of the WTO trading regime.”

It’s not clear that the most-favored-nation rule is implicated here, given the large number of countries that enjoy most-favored-nation status with the United States without also participating in the Visa Waiver Program. And even if the visa waiver restrictions constitute an unfair advantage for American businesses over European businesses in Iran, that must be considered in light of the massive net advantage the Europeans will enjoy there. As a senior U.S. Treasury Department official pointed out in August, the American trade embargo on Iran will continue even after sanctions relief kicks in: the U.S. government

“will continue to prohibit U.S. persons from investing in Iran, importing or exporting to Iran most goods and services, or otherwise dealing with most Iranian persons and companies. Iranian banks will not be able to clear U.S. dollars through New York, hold correspondent account relationships with U.S. financial institutions, or enter into financing arrangements with U.S. banks. Nor will Iran be able to import controlled U.S.-origin technology or goods, from anywhere in the world.”

That’s on top of restrictions pertaining to terrorism, human rights and corruption—and Iranian hardliners so allergic to American influences that even a counterfeit KFC got the kibosh. All of this will continue even as every week sees a new European trade delegation welcomed to Tehran. Some advantage!

Further, if any country has cause to feel singled out, it’s Iraq, not Iran: the text of H.R. 158 makes no mention of Iran, which is only impacted by the law because it is has been designated as a State Sponsor of Terrorism; Iraq is named. For Iraq to get out from under H.R. 158’s strictures, Congress would have to amend the law; for Iran to get out, it would simply have to stop supporting terrorism.

And this is also why the charge that H.R. 158 breaks America’s commitments under the Iran deal doesn’t hold water: Iran is not being targeted because of its nuclear program, but because of its terrorism program, and the Iran deal, with such flaws as it has, did not see Washington recognize Iran’s right to enrich terrorists. H.R. 158 may be a flawed and ultimately counterproductive way of addressing the terror threat, but it’s not a violation of the nuclear deal.