Could America Stop a Cruise Missile or Hypersonic Weapons Attack by Russia or China? 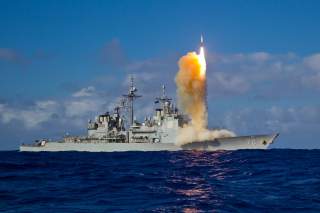 With Russia and China developing advanced cruise missiles and weapons such as hypersonic boost-glide vehicles, the United States is looking at ways to defeat threats other than incoming intercontinental ballistic missiles. Moreover, the Pentagon recognizes that it might not be able to stop an incoming missile before it launches, thus the Defense Department is looking at ways to prevent an enemy from being able to launch a weapon in the first place.

“Missile proliferation and lethality continues to increase as more countries acquire greater numbers of missiles and are increasing their technical sophistication specifically to defeat U.S. missile defense systems,” Hyten wrote. “In the past year, we continue to see missile tests from North Korea and Iran as well as other nations that are introducing increasingly sophisticated missiles – all of which cause us and our allies deep concern.”

Hyten framed the development of adversary missile capabilities as a challenge to American power, which has until relatively recently gone largely unchallenged since the collapse of the Soviet Union in 1991.

“Their efforts to advance missile technologies threaten global stability and seek to degrade our ability to project power,” Hyten said.

In Hyten’s view, the danger from advanced missiles is so great that active attempts at interception are no longer enough.

“We cannot be successful in this endeavor by investing solely in active missile defense capabilities – we must strengthen and integrate all pillars of missile defense including the capability to defeat adversary missiles before they launch,” Hyten said. “We are exploring efficiencies gained by fusing non-kinetic, cyber, electromagnetic, and kinetic capabilities to deny, defend, and defeat adversary threats.”

But while engaging an enemy launch vehicle is one thing, the Pentagon needs to get better at finding an enemy missile in the first place.

The Pentagon also hopes to work with U.S. allies to help defend against incoming ballistic missiles. Some of the Pentagon’s efforts include hosting wargames.

It remains to be seen how Stratcom and the Missile Defense Agency’s efforts pan out. Most of the Pentagon’s efforts to defeat intercontinental ballistic missiles have not performed as nearly well as advertised.