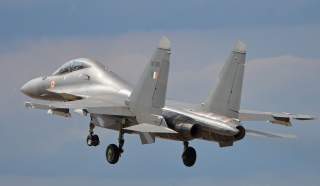 Tensions over water are rising in Asia—and not only because of conflicting maritime claims. While territorial disputes, such as in the South China Sea, attract the most attention—after all, they threaten the safety of sea lanes and freedom of navigation, which affects outside powers as well—the strategic ramifications of competition over transnationally shared freshwater resources are just as ominous.

Asia has less fresh water per capita than any other continent, and it is already facing a water crisis that, according to an MIT study, will continue to intensify, with severe water shortages expected by 2050. At a time of widespread geopolitical discord, competition over freshwater resources could emerge as a serious threat to long-term peace and stability in Asia.

Already, the battle is underway, with China as the main aggressor. Indeed, China’s territorial grab in the South China Sea has been accompanied by a quieter grab of resources in transnational river basins. Reengineering cross-border riparian flows is integral to China’s strategy to assert greater control and influence over Asia.

China is certainly in a strong position to carry out this strategy. The country enjoys unmatched riparian dominance, with 110 transnational rivers and lakes flowing into 18 downstream countries. China also has the world’s most dams, which it has never hesitated to use to curb cross-border flows. In fact, China’s dam builders are targeting most of the international rivers that flow out of Chinese territory.

Most of China’s internationally shared water resources are located on the Tibetan Plateau, which it annexed in the early 1950s. Unsurprisingly, the plateau is the new hub of Chinese dam building. Indeed, China’s 13th five-year plan, released this year, calls for a new wave of dam projects on the Plateau.

Moreover, China recently cut off the flow of a tributary of the Brahmaputra River, the lifeline of Bangladesh and northern India, to build a dam as part of a major hydroelectric project in Tibet. And the country is working to dam another Brahmaputra tributary, in order to create a series of artificial lakes.

China has also built six mega-dams on the Mekong River, which flows into Southeast Asia, where the downstream impact is already visible. Yet, instead of curbing its dam-building, China is hard at work building several more Mekong dams.

Likewise, water supplies in largely arid Central Asia are coming under further pressure as China appropriates a growing volume of water from the Illy River. Kazakhstan’s Lake Balkhash is now at risk of shrinking substantially, much like the Aral Sea—located on the border with Uzbekistan—which has virtually dried up in less than 40 years. China is also diverting water from the Irtysh, which supplies drinking water to Kazakhstan’s capital Astana and feeds Russia’s Ob River.

For Central Asia, the diminished transboundary flows are just one part of the problem. China’s energy, manufacturing, and agricultural activities in sprawling Xinjiang are having an even greater impact, as they contaminate the waters of the region’s transnational rivers with hazardous chemicals and fertilizers, just as China has done to the rivers in its Han heartland.

Of course, China is not the only country stoking conflict over water. As if to underscore that the festering territorial dispute in Kashmir is as much about water as it is about land, Pakistan has, for the second time this decade, initiated international arbitral tribunal proceedings against India under the terms of the 1960 Indus Waters Treaty. The paradox here is that downstream Pakistan has used that treaty—the world’s most generous water-sharing deal, reserving for Pakistan more than 80% of the waters of the six-river Indus system—to sustain its conflict with India.

Meanwhile, landlocked Laos—aiming to export hydropower, especially to China, the mainstay of its economy—has just notified its neighbors of its decision to move ahead with a third controversial project, the 912-megawatt Pak Beng dam. It previously brushed aside regional concerns about the alteration of natural-flow patterns to push ahead with the Xayaburi and Don Sahong dam projects. There is no reason to expect a different outcome this time.

The consequences of growing water competition in Asia will reverberate beyond the region. Already, some Asian states, concerned about their capacity to grow enough food, have leased large tracts of farmland in Sub-Saharan Africa, triggering a backlash in some areas. In 2009, when South Korea’s Daewoo Logistics Corporation negotiated a deal to lease as much as half of Madagascar’s arable land to produce cereals and palm oil for the South Korean market, the ensuing protests and military intervention toppled a democratically elected president.

The race to appropriate water resources in Asia is straining agriculture and fisheries, damaging ecosystems, and fostering dangerous distrust and discord across the region. It must be brought to an end. Asian countries need to clarify the region’s increasingly murky hydropolitics. The key will be effective dispute-resolution mechanisms and agreement on more transparent water-sharing arrangements.

Asia can build a harmonious, rules-based water management system. But it needs China to get on board. At least for now, that does not seem likely.