Could China and America Go to War over Taiwan? 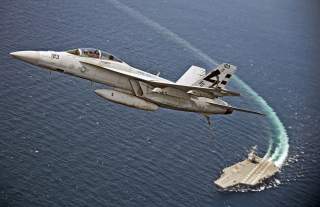 For China, Taiwan represents unfinished business from the Chinese civil war and an emotionally charged nationalist issue that far outranks tensions in North Korea, the Senkaku Islands and the South China Sea. For a rising great power that is increasingly confident, assertive and nationalistic, the reunification of Taiwan with the mainland is its top, non-negotiable national priority.

The sweeping electoral victory of the pro-independence Democratic Progressive Party (DPP) in the January 2016 elections in Taiwan, winning both the presidency and a majority in the legislature, has set Taiwan on a collision course with a Chinese administration that is increasingly impatient for reunification to occur. The result set off shock-waves in China, as it represented the failure of its strategy of winning over the Taiwanese people through economic integration; a policy it pursued in cooperation with the previous Kuomintang (KMT) government. In choosing the DPP, the Taiwanese electorate has sent a strong message of repudiation to China.

The increasing economic integration with China as a result of the Economic Cooperation Framework Agreement in 2010, and the prospect of even closer integration through the subsequent signing of a services agreement, alarmed many Taiwanese, who fear being dominated economically by China and do not want large numbers of mainland Chinese in Taiwan.

Greater contact with mainland Chinese in recent years has accentuated the different identities on both sides of the Taiwan Strait. Taiwanese society, which is civil, polite, considerate and democratic (a mirror image of its former colonial power, Japan), has been shocked at the uncivil attitudes of some Chinese visitors. The Taiwanese have also watched the failure of ‘one country, two systems’ in Hong Kong, where a sense of alienation from China led to the Occupy Movement in 2014 and the emergence of a nascent independence movement.

The new DPP government under Tsai Ing-wen has signalled it will not push for independence. But it is undertaking various initiatives that strengthen Taiwan’s de facto independence from China: diversifying its economy to reduce dependence on China, increasing military spending and developing its own weapons systems, such as submarines.

The strategic context of intensifying US–China rivalry due to China’s rise and its challenge to US hegemony over East Asia has meant that Taiwan has increasingly assumed greater strategic significance to the United States. Although the new US president, Donald Trump, initially attempted to woo China in the hope that it would help the United States deal with North Korea, the most recent developments suggest that the Trump administration will eventually harden its position on China.

In June 2017, the US Senate voted to allow US warships to visit Taiwan, and a US$1.4 billion arms sales packagewas also approved. Given the strong anti-China sentiments in the US Congress, it is unlikely that the United States would fail to respond to any use of force by China over Taiwan. The United States is also aware that a takeover of Taiwan by China would significantly alter the regional status quo, with immense consequences for regional and global security.

Unlike the previous Taiwan Strait crises in the 1950s and 1995–96, another Taiwan Strait crisis today would be fraught with immense risks. The huge asymmetry in military force in favour of China provides China with a military option it did not previously have. The US strategy drawn up to counter China, known as Air Sea Battle (subsequently renamed as the Joint Concept for Access and Maneuver in the Global Commons or JAM-GC), envisages direct attacks on the Chinese mainland, targeting command centres and critical military nodes — surely a recipe for rapid escalation into a nuclear exchange. Any precipitous move by China in the near future could result in a series of uncertain and unwanted outcomes.

Any conflict over Taiwan would also pose huge challenges for US allies now heavily dependent on China economically, including Australia, Japan, South Korea and Singapore. One only hopes that the key player here — namely, China — will eventually develop the confidence to temper its own nationalism and, through its restraint and adherence to peaceful measures and regional norms in the pursuit of its national interests, win broad legitimacy for its role as a regional great power and force for stability.

Andrew Tan is Associate Professor with the Department of Security Studies and Criminology at Macquarie University.