Could Iran's Submarines 'Sink' the U.S. Navy in a War? 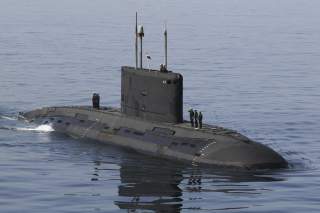