Could Japan Have Won World War II by NOT Attacking Pearl Harbor? 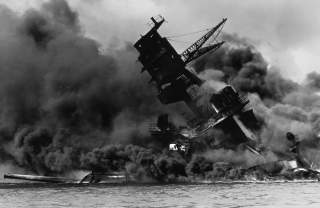 James Holmes is the inaugural holder of the J. C. Wylie Chair of Maritime Strategy at the Naval War College and the author, most recently, of “Visualize Chinese Sea Power,” in the June 2018 issue of the Naval Institute Proceedings. The views voiced here are his alone.