Could Law Save the South China Sea From Disaster? 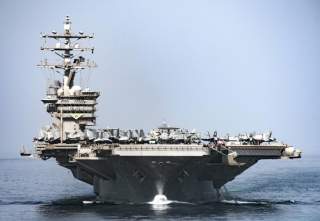 The ruling by the Annex VII Tribunal on the South China Sea maritime dispute between the Philippines and China lays down an unprecedented legal benchmark for disputes in the region. The unanimous decision of the five-member Tribunal addresses in detail all of the claims made by the Philippines. Only one claim was dismissed on jurisdictional grounds.

In short, the Tribunal found that China’s nine-dash line had no foundation under the United Nations Convention on the Law of the Sea (UNCLOS), and that China has supported activities that infringe on the Philippines’ rights to fish stocks and preservation of the marine environment.

Another significant ruling was made regarding UNCLOS Article 121, which states that any island that can sustain human habitation or economic life is entitled to claim a 200 nautical mile exclusive economic zone (EEZ) and continental shelf. According to the Tribunal, none of the contested maritime features in the South China Sea — including the Spratly Islands and the Scarborough Shoals — are islands under the conditions of Article 121.

The Award did not make pronouncements on the numerous territorial disputes that exist with respect to islands, rocks, reefs and shoals as these questions were beyond the jurisdictional reach of the Tribunal. Still China has hit back, mounting a sustained political and legal campaign seeking to discredit the Tribunal and its findings. China is arguing that the 2002 ASEAN–China Declaration on the Conduct of the Parties in the South China Sea (DOC) is a binding agreement that establishes a framework for the resolution of South China Sea disputes and accordingly trumps UNCLOS.

China has also argued that its 2006 Declaration made under Article 298 of UNCLOS revoked the jurisdiction of the Tribunal over disputes regarding maritime boundaries, historic titles and military activities. The Tribunal only found in China’s favor with respect to the military activities exemption, which ultimately did not bar the Tribunal from judging the majority of the Philippines claims.

How then does the decision reshape the legal discourse in the South China Sea and what are the options for the major regional players?

First, by finding that the nine-dash line has no legal basis under UNCLOS, the decision delegitimizes China’s foundational claim to maritime rights over much of the South China Sea. As a result, the surrounding littoral states should be reassured that China’s continued reliance upon the nine-dash line to assert a range of maritime rights — including regulating foreign fishing vessels — is now fundamentally compromised.

Mischief Reef and Second Thomas Shoal were determined to be low-tide elevations that generate no maritime zone. Thus, none of these features can lay claim to a 200 nautical mile EEZ or a continental shelf. At best, they are entitled to a 12 nautical mile territorial sea.

This decision will play a major role in the Philippines’ ongoing South China Sea territorial discussions with China. Boosted by the knowledge that the Tribunal has reaffirmed its sovereign rights and diminished the maritime entitlements of the contested islands, rocks and reefs, the Philippines may even be prepared to make some territorial concessions for China in order to resolve some of the outstanding territorial and maritime issues.

China, on the other hand, does not have too many legal options. The decision is a final and binding one and, under UNCLOS Article 296, “shall be complied with by the parties to the dispute.” There is no right of appeal and no obvious diplomatic routes to formally overturn the decision through United Nations mechanisms. For now, China must take comfort in the fact that no judgement has been rendered on its South China Sea territorial claims and, accordingly, it still has room to maneuver in those negotiations.

For Vietnam and other ASEAN members who have ongoing South China Sea disputes, there is a great deal of optimism to be taken from the ruling. The decision has set a precedent that could pave the way for the Tribunal to not only neutralize many of the contentious maritime disputes in the region, but also emerge as a platform through which negotiated settlements can be reached.

Donald R. Rothwell is Professor of International Law and Deputy Dean at the ANU College of Law, The Australian National University.