Could a Local War in Asia Create a Superpower Showdown Between America and China? 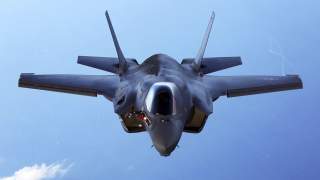 The risk of China and the United States going to war in the West Pacific is fairly small, but over time Washington will have to shift its deterrence posture in Asia as Beijing continues to become evermore powerful.

Indeed, RAND Corporation researchers believe that the People’s Republic of China—which is expected to match America’s Gross Domestic Product by 2030—could be a far more capable adversary than either Nazi Germany or the Soviet Union during its Cold War peak if Beijing so chose. However, China, thus far, does not seem to have such aspirations.

“With the passage of time and improvement of Chinese capabilities, the United States will likely find itself forced to shift from deterrence by denial, based on direct defense of its interests and allies in the Western Pacific, to deterrence by punishment, based on the threat of escalation, using longer-range weapons and more- survivable platforms,” reads a recent RAND Corporation report.

“Although the United States can maintain escalation dominance for some time, China will develop escalation options of its own, including ASAT and offensive cyberwar capabilities.”

Moreover, China’s rapidly improving strategic nuclear arsenal could also play a role in any future conflict between Washington and Beijing. As has been the case throughout history, in some cases the United States might have to back off simply because the stakes for Washington will be lower than they might be for Beijing. Certainly, on some issues the United States will not be inclined to trade Los Angeles for Taipei, for example.

“Chinese strategic nuclear force improvement, and the limited U.S. stakes in several of the plausible scenarios for Sino- American conflict, will reduce the credibility of threatened U.S. escalation, most particularly regarding the first use of nuclear weapons,” the RAND report states.

The use of nuclear weapons is not likely, but local conflicts could spiral out of control rapidly.

“Neither the United States nor China is likely to employ nuclear weapons, but even an initially localized conflict could quickly spread into the economic, cyber, and space realms, doing considerable damage to both sides,” the report states. “The United States may be able to reduce or delay such reliance on escalatory responses by shifting to less vulnerable platforms: longer-range precision-strike drones and vessels to carry longer-range drones and submarines, along with the further dispersal of bases and force flows.”

Washington should avoid giving Beijing the impression that it is trying to encircle or contain China. Indeed, the RAND researchers believe that it might still be possible to entice Beijing to join the U.S.-led liberal international order.

“Such a strategy should not be—or be seen as—a U.S. attempt to encircle or align the region against China, lest it produce greater Chinese hostility,” the RAND report states. “Indeed, a parallel effort should be made to draw China into cooperative security endeavors, not only to avoid the appearance of an anti-China coalition but also to obtain greater contributions to international security from the world’s second strongest power.”

However, it remains to be seen if China would be willing to accept the role of supplicant. In all likelihood, Beijing will not be so inclined; nonetheless, the RAND researchers maintain such a hope. In the meantime, the RAND researchers recommend trying to address potential sources of conflict with Beijing.

“We recommend, therefore, that the United States move sooner rather than later—before its power position in the region diminishes further—to constructively engage China across a range of potential flash points,” the report states.

“Such engagement might include more-energetic efforts to promote the resolution of conflicting maritime claims in the South China Sea; encouragement of improved cross-Strait relations between China and Taiwan; and more-extensive consultations with China on Korea issues, including possibilities for denuclearizing North Korea, formally ending the Korean War, and Sino-American collaboration in the event of a North Korean regime collapse. The United States should maintain a dense network of diplomatic relationships with China while strengthening channels for crisis communications, including regular leader-to-leader, military-to-military contacts.”