Could a North Korean ICBM Test Trigger a Nuclear War Between Russia and America? 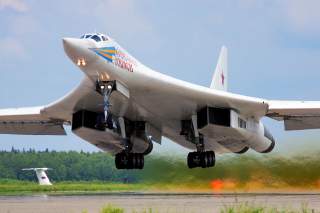 If the United States decides to attempt to shoot down future North Korean intercontinental ballistic missile (ICBM) tests using the Ground-Based Midcourse Defense (GMD) system, it is likely that Russia’s early warning system will not mistake the interceptors for a potential nuclear attack.

That does not address the question of if the United States genuinely has the capability to intercept a North Korean ICBM—and many critics doubt that it does. However, the chances are that such an attempt to shoot down a North Korean ICBM would likely not trigger an accidental nuclear war even if the possibility does exist at some level.

“There is no reason to believe that threat identification could be a problem,” Pavel Podvig, an independent analyst based in Geneva who runs the Russian Nuclear Forces research project told The National Interest.

“It is true that an unexpected event, such as a GMD launch from Alaska, would probably generate an alarm, but the system is designed to deal with these kinds of events. Of course, it would be better if it doesn't have to deal with them, but it is not an issue of the capability of the system - I would equally not trust the U.S. system to perform adequately under stress.”

While Russia had for many years after the collapse of the Soviet Union allowed its early warning system to atrophy, the Kremlin has rebuilt and upgraded most of its ground-based missile warning radars. However, Russia has yet to fully reconstitute its space-based warning systems. Nonetheless, the systems has improved to a point where the Russians are less likely to mistakenly launch a retaliatory strike due to hole in coverage or errors.

“On satellites, yes, there are only two in orbit right now. But Russia never really relied on satellites to the extent the U.S. does, so the lack of coverage from space is not necessarily a problem,” Podvig said.

“Russia doesn't really have the launch-on-warning posture during peacetime, so detection of a few missiles/interceptors is unlikely to trigger a launch. There are, of course, scenarios in which things can go wrong, but it's an inherent risk in the system rather than a specific problem with the Russian—or U.S. for that matter—early-warning system.”

“As far as I can tell, it is reasonably adequate for the job it is supposed to do,” Podvig said.

“Russia has almost completed deployment of EW radars and now can cover pretty much all directions. I know some people were asking questions about recent North Korean launches, but I do not think the fact that Russia insists on NK missile been intermediate-range has anything to do with the capability of the EW system. It is something else, although I don't have a good explanation of what it is.”

But there are reasons as to why some might assume that Russia might be prone to launching a retaliatory strike in the event that it detected incoming missiles.

“If you’re a country—or its government—that is not fully confident of its survivable systems, and suspect your adversary doesn’t believe in them either, you’re going to want to be able to launch-under-attack as a way of deterring your adversary,” Olga Oliker, director of the Russia and Eurasia program at the Center for Strategic and International Studies (CSIS) told The National Interest.

“Since you can’t know for sure you’re being attacked until something blows up, what you’re really planning for is launching on warning. For this you need an early warning system.”

The problem for Russia is that ground-based radars do not give as much warning to leaders as a space-based system.

“The U.S. and Russia both have early warning systems that combine satellites and ground-based radars,” Oliker said.

“For a while recently, Russia had no satellites—all the old ones had failed and it took a while to get new ones up into the sky. There are two up now, and a total of 12 planned. Russia therefore relies more on its ground-based radars. Over recent years, these have improved, and the system as a whole provides good coverage—there used to be holes. However, ground-based radars don’t give Moscow that much warning in terms of time—none of this gives you a ton of time. The U.S. system provides 30 minutes of warning at best.  Moreover, there are questions about how accurate it is. Finally, false warning is always possible, and there have been cases of it in the past.”

Mike Kofman, a research scientist at the Center for Naval Analyses specializing in Russian military affairs, agreed with Oliker’s assessment.

“Russia has new early warning radars but lost its launch detection satellite network a few years ago, and is now two satellites deep into replacing it out of a desired 10,” Kofman told The National Interest.

“As such, Russia depends on its network of radars while a new constellation of satellites comes online. Ideally, you want multiple means of warning, detecting a launch, confirming the missile on radar, estimating its trajectory and so on. The more time you have and means of confirmation the better the decision making process on how to respond.”

Of particular concern is that Russia relies very heavily on its vulnerable silo-based ICBMs even though it does have more survivable submarine and road-mobile weapons in its inventory. Moscow’s reliance on silo-based ICBMs could mean that the Kremlin might be more prone to launching a retaliatory strike if it feels its deterrent is threatened.

“So if you, as a country, have a tendency to build expensive silo-based ICBMs that you’re really proud of and put a lot of weapons on them, you might be more inclined to launch on warning,” Oliker said.

“If your warning system isn’t that good, and you’re kind of paranoid about your adversary, you might be more likely to launch on false warning. If you do that, you'll start a nuclear war by accident. This makes me nervous about Russia’s propensity to put a lot of its warheads on silo-launched ICBMs."