Could South Korea's Army Stop an Invasion by North Korea? 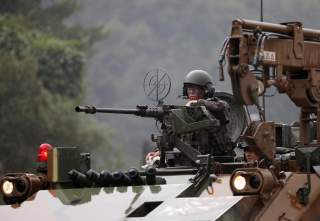