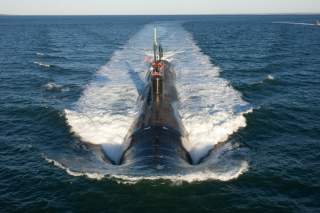 In my previous post, I described the changes to submarine operations driven by developments surfacing in detection technology. The conclusions were that submarines would have to be able to deliver their effects from greater distances if they wanted to be effective in hotly contested spaces, but were unlikely to be replaced by drones any time soon. This post dives a bit deeper (sorry, I’ll stop the puns now, but it could be much, much worse) and explains why unmanned underwater systems (UUVs) will be a complement rather than a replacement for manned boats.

There’s certainly a lot of research activity. The U.S. Navy released its first UUV Master Plan in 2000, updating and expanding it in 2004. The plan prescribed the development of UUVs ranging in size from 10kg to 9 tonnes, and identified an expansive set of roles for them that included ISR, mine countermeasures, anti-submarine warfare and oceanography, as well as some high-end tasks such as time critical strike.

The RAND Corporation’s 2009 comprehensive survey of UUVs pruned the list back to seven missions that appeared ‘most promising’, mostly at the more passive end of the spectrum. But despite the high interest, progress has been uneven and slower than for airborne drones. A goodly number of smallish UUVs are in service in specialized roles, but as a genus they’re still being described with caveats like ‘if technology fulfills its hype‘, despite some innovative thinking that has produced a Thunderbirds-like UUV that also flies.

There are straightforward reasons for the relatively slow development of UUVs. UAVs fly through a medium that’s compatible with high data rate transmissions ranging from line of sight signals in tactical settings to high bandwidth satellite communications that enable live video feeds and remote control from thousands of kilometers away. But seawater isn’t like that and communication choices for UUVs are limited to acoustic or low frequency electromagnetic methods, both of which result in slow data transmission and are limited in range (at least from the UUV). If higher data rates are required, then the UUV has to be tethered via fibre optics or somehow communicate with the surface, exposing itself to potential detection. As RAND notes:

That’s not the only drawback to operating submerged. The density of seawater compared to air has significant consequences for the range and/or speed of UUVs. Pushing through water imposes a cost in fuel that grows as the cube of the speed—going twice as fast requires eight times the fuel burn. (The same physics drives the relative speeds and endurance of submarines—long range and high speed requires either a large conventional submarine with lots of diesel or the energy density of enriched uranium.)

Those facts allow us to estimate the performance we can expect from UUVs. The communications bottleneck means that they won’t be able to carry out complex tasks requiring real-time decision-making unless they have a high degree of autonomy—something still very much a ‘work in progress’. And the size/range/speed problem means that they’ll be limited in the areas to which they can deploy under their own steam.

But there are still some useful and growing niche roles for a relatively slow and relatively dumb UUV when deployed forward from a manned submarine. A Mk 48 torpedo can travel 50 km at 40 kts (74 kph). The cube law tells us that a UUV the same size (so able to be deployed from a torpedo tube) can travel 400 km at a respectable 20 kts. If it’s mapping a minefield or collecting acoustic or oceanographic data to help the parent submarine negotiate a tricky passage, it’ll need loiter time as well, but an operating range of well over 100 km from the parent submarine is practical.

For example, the USN’s near-term mine reconnaissance system is connected to the submarine via a fiber optic cable, allowing for high rate real-time data transfer. For mapping mines up to 200 km ahead, an impractical distance for a cable, the long-term mine reconnaissance system communicates via radio frequency and acoustics (and presumably also brings data back). Another potential application is the collection of high-value adversary ship and submarine acoustic signature data near their operating bases, where a manned submarine would be at high likelihood of detection.

That’s certainly enough to ensure that UUVs have a future. But the fundamentals of the underwater environment aren’t going to change, and UUVs are likely to continue to be a complement to manned submarines, helping them circumvent new detection techniques. That means that Australia’s future submarine still makes good sense—but it’ll have to have a UUV capability.