Could U.S. Nuclear Weapons Be Hacked? 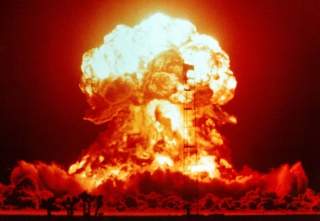 Modernizing computer networks for the nuclear arsenal is part of the current Air Force plan to build as many as 400 new Inter-Continental Ballistic Missiles, or ICBMs, to serve through the 2070s.

Air Force engineers say protection of computer networks is well established in many ways, but that the service needs to widen its scope with greater focus on IT dimensions to its nuclear arsenal’s command and control apparatus.

“Information technology that touches weapons systems needs to be cyber secure, updated and patched. Worldwide nuclear systems are one example of where we need to get an overhaul,” Peter Kim, Air Force Chief Information Security Officer, told Scout Warrior in an interview.

The need to adjust nuclear arsenal computer systems was further emphasized in a recently announced U.S. Air Force Scientific Advisory Board Study on the topic that will be released in 2017.

“Today’s dependences on cyber systems were not prevalent when legacy nuclear systems were fielded, nor were today’s cyber threats, including supply chain concerns,” the study’s outline states.

Modernizing computer networks for the nuclear arsenal is part of the services’ current plan to build as many as 400 new Inter-Continental Ballistic Missiles, or ICBMs, to serve through the 2070s. The Air Force is now assessing industry proposals to build the new ICBMs, from Northrop Grumman, Boeing and Lockheed Martin.

The study preview goes on to indicate that the Air Force will benefit from a clearer understanding of how nuclear weapons’ security can be achieved in today’s increasingly digital environment.

The Air Force effort, which involves strengthening email encryption and computer-virus protections, is operating within part of a broader Defense Department effort referred to as Defense Innovation Unit – Experimental, or DIUx, Kim said.

“There needs to be innovative technologies that can help us be more productive, safe and secure with cyber security,” he explained.

Among other things, the Air Force is seeking partnerships designed to address potential vulnerabilities with operating systems, infrastructure and various computer networks.