This Country Just Accused the U.S. of Plotting Regime Change 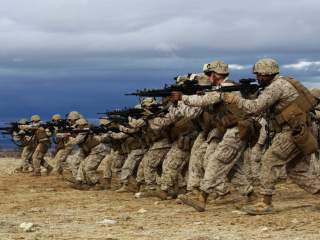 African National Congress (ANC) Secretary General Gwede Mantashe is accusing the United States and its embassy in Pretoria of plotting “regime change” in South Africa. In public remarks on February 19, Mantashe referred to “clandestine meetings” at the American embassy that “are about nothing else other than mobilization for regime change. We’re aware of a program that takes young people to the United States for six weeks, brings them back and plants them everywhere.” Following up, the ANC spokesman Keith Khoza said that the U.S. government must clarify the “irregular activities” of its diplomats, asserting “We believe the matter will be pursued using the proper channels going forward. At this stage there is nothing more we can say on the matter.”

U.S. ambassador to South Africa Patrick Gaspard denied the allegations and affirmed his support for his embassy personnel:

“I’m incredibly proud of the work my U.S. Embassy colleagues do every day to partner with South Africans on health, education, and job growth, and I will fiercely defend their honor and non-partisan integrity. And I might even employ sarcasm as a tool to do so.”

And so he has, with good effect, to judge from the South African social media response. Ambassador Gaspard tweeted that if he ever tried to organize a coup, “it would look like Mardi Gras,” with singing and dancing. He also observed that Mantashe knew about the Nelson Mandela Scholars program to which the secretary general was apparently referring, because he had approached Mantashe some months ago for nominations of ANC members.

South Africans joined the fun on Twitter, for example asking the ambassador to appoint them “Minister of Sport” or “Minister of Breweries” once the “coup” was over.

Do Mantashe and Khoza actually believe there is a U.S. plot to bring about “regime change” in South Africa? It is unlikely. But the governing ANC is under pressure. The Zuma presidency is in disarray, the national currency has declined, economic growth rates are near zero, and the party is likely to be challenged in provincial and local elections later this year. Under these circumstances, ludicrous accusations deflect attention from unattractive realities. However, South African social media indicates that the accusations have backfired. (The United States is far more popular among South Africans generally than it is among ANC operatives.)