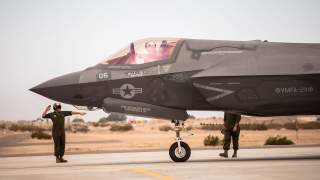 Italy has rolled-out the first Lockheed Martin F-35B Joint Strike Fighter assembled outside the United States. The aircraft was assembled at the Italian Final Assembly and Check Out (FACO) for the F-35 at Cameri.

According to Lockheed Martin, the Cameri FACO facility is the only plant outside the United States that can assemble the F-35B short takeoff/vertical-landing version of the Joint Strike Fighter. The Cameri plant is expected to build a total of 30 F-35Bs for the Italian military.

“Italy is not only a valued F-35 program partner that has achieved many F-35 program ‘firsts’, but is also a critical NATO air component force, providing advanced airpower for the alliance for the coming decades,” Doug Wilhelm, Lockheed Martin’s F-35 program management vice president said. “Italian industry has participated in the design of the F-35 and Italian industry made components fly on every production F-35 built to date.”

The aircraft—called BL-1—is expected to makes its first flight late in August. It all goes well, the jet will be delivered to the Italian defense ministry in November. After a series of flights at Cameri, the aircraft will fly to Naval Air Station Patuxent River in Maryland in early 2018 for additional tests. The Italian F-35B has to be certified for Electromagnetic Environmental Effects in order to fly off Italy’s sole carrier Cavour.

The Italian final assembly plant is one of the few such facilities in the world—Lockheed builds the majority of F-35s at Fort Worth, Texas. While not as large or capable as the main Lockheed plant, the Italian FACO will build small but significant part of the worldwide F-35 fleet. In addition to the 30 Italian F-35Bs, 60 Italian F-35As and 29 Dutch F-35As are expected to be built at Cameri. The plant could eventually build jets for other European F-35 partners in the future.

The first Italian-made F-35A was delivered in 2015, and thus far, the Cameri plant has delivered seven jets. Two more Italian F-35A are expected to be delivered from the plant this year. The Cameri plant also expected to produce a total of 835 full wing sets for the overall F-35 program. Further, the Pentagon selected the Italian facility as the main depot overhaul plant for its Europe-based fleet in 2014.  According to Lockheed, the 101-acre facility includes 22 buildings and more than one million square feet of covered work space, which houses 11 assembly stations, and five maintenance, repair, overhaul and upgrade bays.

The Italian-built F-35s are serving both in the United States and at home in Italy. Four of the aircraft are being used at Luke Air Force Base in Arizona for training while the three remaining jets are at Amendola Air Base on the Adriatic coast. The F-35 is expected to replace the Panavia Tornado, AMX and Boeing AV-8B Harrier II aircraft.