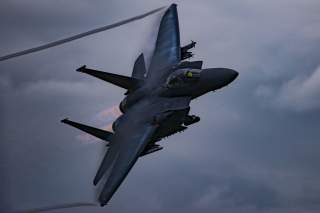 One reason behind this momentum has been the successful fight to counter ISIL’s finances. After the May, 2015, raid against ISIL Oil and Gas Emir Abu Sayyaf yielded terabytes of data on the group’s oil operations, U.S. airstrikes kicked off a major effort last year to cripple ISIL’s oil production in Iraq and Syria, dubbed Operation Tidal Wave II. Airstrikes have hit ISIL tanker trucks, oil fields and refineries, and the group’s overall revenues have been reduced by 30 percent. In January, U.S. warplanes began to target    the banks where ISIL stores its cash, destroying millions of U.S. dollars and Iraqi dinars used by the group to finance operations and pay its fighters. In line with precursor groups’ past behavior under pressure, ISIL has cut fighter salaries in half due to cash shortages in Raqqah, Mosul, and across its territory.

The net effect of these operations has been crystal clear – ISIL’s coffers simply aren’t what they used to be. Administration officials and analysts alike have been quick to pile on praise for this part of the campaign, correctly labeling the financial line of effort a success.

However, it would be a mistake to view the Islamic State as a poor man’s version of its old self. New steps are needed to counter the group’s wealth.

In May 2016, Assistant Secretary of the Treasury for Terrorist Financing, Daniel Glaser, stated that ISIL’s main income now comes from taxing and extorting the local population. Far exceeding oil revenues, taxation brings in an alarming $360 million per year in revenue according to Glaser. This leaves ISIL with a potent war chest still at its disposal. As work continues toward the primary goal of rolling the group back from its territory, work should also continue to try and stop ISIL from taxing and stealing money from within that territory.

Extortion and taxation are not new to the group and date back to the days of its predecessor, al-Qaida in Iraq (AQI). AQI relied upon extortion, theft, and black market sales to finance its insurgency, according to prior research into the group’s own documents dating back to 2005.

Today, ISIL levies a variety of taxes against local sales of agricultural goods, charges rent for access to market stalls, and raises transit taxes against goods shipped through ISIL-held territory. Oil sales in local markets are taxed repeatedly – at the wellhead, at the refinery, and when sold into civilian markets. The group also maintains an exhaustive list of fines that punish its own fighters and local civilians for violations of its strict interpretation of Islamic law.

Although each tax may seem small, the breadth of ISIL’s reach into local markets means they add up quickly – and to date, relatively little has been done to stop them. For one, dropping bombs on ISIL-held oil fields and cash storage locations is simply easier to do, and with a more concrete and measurable benefit. Second, there is no clear way to stop ISIL’s tax collection from the air alone – ISIL collects money overtly and covertly across its territory, and the intelligence burden necessary to find and interdict tax-related targets is significant.

But if ISIL is raising $360 million a year from these revenues, is there any way to cut taxes in Islamic State territory?

Two options are available. First, the U.S. government could go after the mechanisms ISIL uses to physically collect taxes and move money. It could also destroy administrative records that track payments from businesses and locals to sow confusion within the ranks. Although this strategy could make it harder for ISIL to manage its tax regime, it would require a firm commitment from the coalition to sustain strikes against a large set of small targets to achieve a significant impact.

A second, more ambitious, approach would look to starve the group of cash to be taxed and stolen in the first place. Although ISIL-held territory is largely closed off to military advances by rival groups, it remains open for business with outsiders flush with cash.

ISIL continues to sell natural gas and crude oil to the Syrian regime of Bashar al-Assad in exchange for technical assistance and cash payments back into ISIL coffers. Agricultural exports such as cotton and fruit are sold and shipped from ISIL-held areas into Turkey and Kurdish-held parts of Syria. Beyond exports, goods that merely pass through ISIL-held territory in Syria are taxed – drivers pay hefty fines at ISIL checkpoints in exchange for safe passage onwards to rebel or regime-held areas.

All of this commerce injects a steady flow of cash into ISIL-held territory, and what doesn’t go directly to ISIL offers the group a source of funds to tax and steal. Shutting down these sources of liquidity could help to cut off ISIL’s primary source of revenue. The difficulty in this approach lies in its humanitarian impact – cash shortages in ISIL-held territory will not only hurt the group’s balance sheet, but could hurt the people living under its control. Although civilians in ISIL-held areas are already suffering, the major sources of cash moving into ISIL-held territory are scarcely flowing into their pockets.

To start, continued pressure should be placed upon the Iraqi government to curtail illicit financial transfers and government salary payments into and out of ISIL-held territory. Iraqi businesses that trade into and out of ISIL-held areas could be more seriously regulated by Baghdad if such trade falls outside of strictly-defined humanitarian needs. Access to U.S. dollar auctions, where Iraqi financial firms buy dollars from the Central Bank of Iraq, could be used to ensure compliance, given the dollar-heavy Iraqi economy.

U.S. companies doing business in Iraq, Syria, and Turkey could also be discouraged from conducting commercial transactions in the region if any part of the transaction physically traverses ISIL-held territory. Again, careful exemptions for humanitarian groups and NGOs should apply. At a minimum, a careful analysis of trade passing through ISIL-held territory could reveal low-cost alternative routes that avoid ISIL’s transit taxes.

Finally, the United States and Russia could include conditions in future Geneva talks which offer food aid and energy supplies (likely provided by the Russians) to government-held areas in Syria in exchange for the Assad regime’s agreement to stop purchasing ISIL-produced oil. Diplomatic engagement and foreign aid could support regional allies in Turkey and Jordan to increase trade with Kurdish and rebel-held areas, while steering clear of ISIL-held territory. This would be a first step toward building a more regionally-integrated Syrian economy, a longer-term development priority for the United Nations. It could also lessen the undesirable humanitarian impacts of other proposed  counter-finance efforts on the general population.

New steps in the war against the Islamic State could help to stem the tide of its multi-million dollar taxation and extortion machine. Reducing liquidity in ISIL-held territory could make it harder for local populations to make ends meet in the short-term, but this could be mitigated by a sustained commitment to address humanitarian needs over the longer-term.

Ultimately, the only way to stop the money behind the menace that is the Islamic State is to force the group out of the areas that suffer under its control. Cutting ISIL’s tax revenue could hasten its demise.

Eric Robinson is a research programmer and analyst at the non-profit, non-partisan, RAND Corporation. He served as a civilian advisor supporting U.S. special operations forces in Afghanistan in 2014 and 2015. He can be followed on Twitter at @RobinsonEricD.