Dance to Pharrell in Iran, Get Arrested 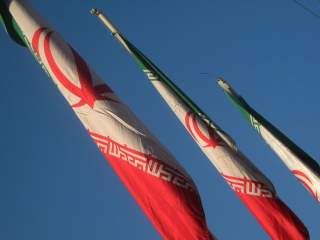 A few weeks ago, a music video of a group of Iranian youths dancing to the hit Pharrell Williams song "Happy" was the talk of the Persian social media sphere. It offered a view of an Iran that isn't normally seen in the West—young, energetic, and plugged in to global culture:

Now the video's stars appear to be in trouble. A video circulating on social media, which TNI cannot independently confirm, appears to show them under arrest and forced to speak on Iranian state television:

If the video is genuine, it's not surprising. Many had noted the risks taken in the original video—women without veils (though wearing wigs), men and women dancing together. And while the Rouhani administration has tried to strike a conciliatory tone on the culture front, full openness has not been forthcoming. A very active band of conservative agitators has been busy pushing against any sign of change. Just this week, Iranian actress Leila Hatami (star of the Oscar-winning A Separation) was in hot water after she shook hands with, and then was kissed on the cheek by, the president of the Cannes Film Festival. Senior Iranian leaders regularly speak of the central importance of culture in the Islamic Republic's survival. That's a perpetual source of friction in a country with thousands of years of rich civilizational history (stretching back long before the arrival of Islam) and a strong literary tradition. Iranian art once plumbed the depths of the mind and the soul. Now it's risky to make a music video whose message is simple, almost childish: that joy is still possible in Iran. The kids who made the video might be reminded of a poem by Ahmad Shamloo, written shortly after the 1979 revolution brought the Islamic Republic into being:

They slit smiles off of lips

And song from the throat.

Joy must be hid in closets at home.