Dealing With a Revanchist Russia 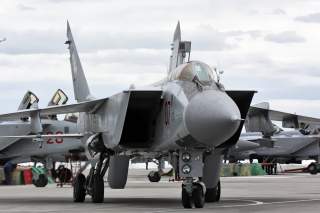 The current debate in Washington about Russia’s role in attempting to influence the outcome of the U.S. presidential race is part of  the larger strategic issue of how to respond to a long-term Russian campaign aimed at intimidating its neighbors, destabilizing Europe and undermining NATO. A nationalistic and revanchist Russia, a divided and unsettled Europe, and a distracted and unpredictable United States have created an unprecedented and perilous confluence of events.

President Vladimir Putin considers the collapse of the Soviet Union a disaster and is determined that Russia be viewed as a global great power. Putin also appears to want to restore and obtain Western recognition of a sphere of influence—if not the territory—lost when the Soviet Union fell.  This revanchist ambition combines with Putin’s worry about a possible “color revolution” – a popular uprising – that could upend his power or even result in Russia’s disintegration or dismemberment. Heightening this concern, the Kremlin sees (wrongly) the color revolutions in Georgia and Ukraine as not domestically driven but as secessionist and subversive movements abetted from abroad.

The Western hope that a democratic Russia, operating as a free-market economy, could be incorporated into Western institutions, including partnering with NATO, never gained much traction in Russia. Despite attempts to deepen Russian-NATO cooperation, Putin still sees NATO as a hostile entity, a constant theme of Kremlin propaganda. An alliance created to contain the Soviet Union expanded rapidly after the Soviet Union ceased to exist. The possibility of NATO’s further encroachment beyond Eastern Europe into former Soviet republics like Ukraine, Moldova, or Georgia is viewed by Moscow as aggression.

To facilitate his ambition of a sphere of influence from the Baltic republics in the north to Bulgaria in the south, Putin believes that these countries should see that NATO is unwilling or unable to defend them. In the Kremlin’s view, they must be kept weak and subservient, undermining Europe’s currently fragile unity and the entire Western alliance.

Russia remains a nuclear superpower and is modernizing both its nuclear and conventional forces. Moscow will use force when it calculates it can get away with it, as it has in Georgia and Ukraine. But Russian strategy also recognizes that political influence operations can be an effective, low-cost means of achieving some goals. This political warfare involves the use of economic pressure, propaganda, subterfuge, funding of foreign political groups, cyber-espionage and other tools. Its goal is the manipulation of perceptions and the undercutting of political opponents and support for friendly leaders.

These techniques are not new. In the Soviet Union, they were called “active measures”; some reflect even earlier tsarist statecraft. But Russian strategists have also drawn inspiration from their analysis of the West’s role in the breakup of Yugoslavia and in the Western-backed protest movements in Ukraine, Kyrgyzstan and Georgia.

Putin and his lieutenants have demonstrated skill in orchestrating measures other than war. They have exploited the fact that the United States, preoccupied with wars in Afghanistan and the Middle East, has not been paying close attention.

Russian oil and gas have brought the Kremlin economic power, which it has translated into higher living standards at home and political pressure abroad. It uses subsidized energy pricing to create dependencies, as with Belarus, which result in some degree of conformance to Russia’s political interests. Russian energy companies can provide lucrative arrangements for local oligarchs and corrupt politicians who can then be controlled through greed.

Russia finances European political parties—not simply the old Communist or Socialist parties that were once instruments of the Kremlin, but also nationalist parties that oppose the socially liberal agendas and immigration policies of the European Union. The Russian Orthodox Church and Putin’s own projection of conservative values reinforce the affinity.

Europe’s current vulnerabilities are not the consequence of Russian meddling, but rather the result of a confluence of internal problems and external developments, many of them relating primarily to the Middle East. Immigration and heightened fears of terrorism have provoked a backlash and keep the continent on edge.

The EU has also seen disillusion among citizens of its newly admitted member states over what they thought they would gain by accession. Instead of open and prosperous societies, many people living in former communist states experienced hard times and saw blatant corruption. This breeds disappointment and anger, especially when accompanied by injustice and impunity. Russia plays to their anger.

The United States has tended to neglect Eastern Europe, in particular the Balkans. In part, this reflected a policy decision by the Bush administration to distance itself from President Clinton’s military interventions in the region. U.S. policy also reflected deference to Europe. Once former bloc countries were admitted to NATO, their further political and economic progress was left to the EU while events elsewhere—9/11, the military campaign in Afghanistan, the invasion of Iraq, the political turmoil that followed the Arab Spring—commanded U.S. attention.

Before he was even inaugurated as president, Trump created uncertainty and concern among America’s allies through his admiration of Putin, questioning of the utility of NATO, and wondering aloud whether the United States would respond to an attack on another NATO member. What the new administration will do about Russia is not yet apparent. Clearly there are differences between the new president and members of his own party in Congress and evidence of further disagreements between Trump and some of his own cabinet appointees.

The deployment of additional U.S. forces and other NATO units to Poland, Norway, the Baltics, and other states worried about Russia’s intentions symbolically reinforces the West’s commitment to the alliance. But countering Russia’s influence, accomplished through economic coercion, corruption and state capture, will require more than moving NATO battalions. It will require a fundamental reformulation of EU and U.S. political strategy.

Looking ahead, several scenarios seem possible. Distracted by economic challenges, immigration issues and populist revolts—and divided on how to deal with Russia—Europe could flounder while the United States turns away to address its own concerns. This would leave Russia with the latitude to increase its influence and could encourage even more aggressive behavior.

More optimistically, Europe and the United States will muster the will and take measures to counter or at least constrain Russia’s revanchist venture. This does not mean pushing Russia into a corner, drawing red lines or renewing the Cold War. It means developing the arsenal to address a more complicated challenge.

Trump the businessman seems confident that he can make a deal with Putin, and perhaps he can. Europeans fear that any such deal could give Russia a free hand in areas it asserts are within its sphere of influence. The problem with a businessman’s approach to diplomacy is that it is transaction-oriented, while alliances are relationships that require continued attention and reinforcement. Agreements with foreign governments are not cash deals. They require continuing vigilance, enforcement mechanisms, and penalties for noncompliance, and these, in turn, require strength and determination.

Nonetheless, the Western allies and Russia conceivably could achieve through dialogue and accommodation a more constructive relationship whereby Russia becomes a less paranoid, and less aggressive, power that respects the sovereignty and independence of post-Soviet neighbors. Such a rapprochement would seem to be a long shot, and even less achievable if Europe and the United States continue to appear disorganized and vulnerable.

Brian Michael Jenkins is a senior adviser to the president of the nonprofit, nonpartisan RAND Corporation and the author of “A Revanchist Russia and an Uncertain West.”