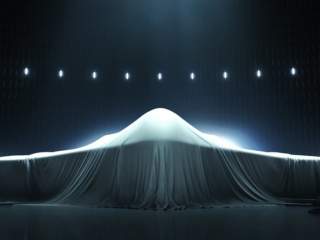 “GAO reviewed the challenges to the selection decision raised by Boeing and has found no basis to sustain or uphold the protest,” wrote Ralph White, the GAO’s managing associate general counsel for procurement law. “In denying Boeing’s protest, GAO concluded that the technical evaluation, and the evaluation of costs, was reasonable, consistent with the terms of the solicitation, and in accordance with procurement laws and regulations.”

But the GAO offered no further details because most aspects of the LRS-B program—which aims to develop an extremely stealthy, ultra long-range, nuclear capable bomber—are classified. “The details of Boeing’s challenges, and GAO’s decision resolving them, are classified and covered by the terms of a protective order issued by GAO for the protest,” White wrote. “Accordingly, this decision must undergo a security classification review by the Air Force, and is not available for public release.”

Northrop—as one would expect—expressed its satisfaction with the outcome. “Northrop Grumman is pleased that the U.S. Government Accountability Office has denied Boeing's protest and reaffirmed the Air Force's decision to award Northrop Grumman the Long-Range Strike Bomber (LRS-B) contract. This confirms that the U.S. Air Force conducted an extraordinarily thorough selection process and selected the most capable and affordable solution,” said Randy Belote, Northrop’s vice president of strategic communications. “The LRS-B is vitally important to national security and we are delighted to be resuming work on the next-generation Long-Range Strike Bomber.”

Boeing, meanwhile, is evaluating its options—which could include filing a legal challenge in the U.S. federal court system. “We continue to believe that our offering represents the best solution for the Air Force and the Nation, and that the government’s selection process was fundamentally and irreparably flawed,” the company said in a prepared statement. “We will carefully review the GAO's decision and decide upon our next steps with regard to the protest in the coming days. Given the significance of the LRS-B program, it could not be more critical that the government procure the most capable bomber to serve the warfighter, at the greatest value to the American taxpayer.”

The LRS-B contract has two components—the engineering, manufacturing development (EMD) phase and an optional low rate initial production phase. The EMD phase is valued at $21.4 billion in 2010 dollars, while no figures have been given for the twenty-one initial production bombers. According to the GAO, the total cost of the contract is classified. However, the Air Force expects to pay $511 million in 2010 dollars for a total of one hundred aircraft.

The LRS-B contract is hotly contested. If Northrop holds on to the deal, it will survive as an independent prime contractor. If Boeing loses, its military aerospace business may enter into a potentially terminal decline as the F-15 and F/A-18E/F (including the EA-18G) production lines draw down. Thus the ultimate outcome will determine the fate of the U.S. defense aerospace industry for years to come.