Declassified: How America Planned to Invade Italy (To Save It from Russia) 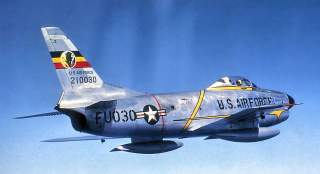 As accusations fly that Russia manipulated the 2016 American election to put Donald Trump in the White House, some Americans are remembering that the United States also fiddled with elections in numerous nations during the Cold War, including Chile, Iran and Central America.

One of the most notorious examples is Italy, where the CIA mounted an aggressive—and successful—campaign to limit Communist success in the 1948 election, including handing bags of money to conservative Italian political parties (a tradition hardly unknown in American politics). From 1948 to 1968, the CIA gave more than $65 million to Italian parties and labor unions.

But instead of cash, the United States could have sent in the Marines to give Italy the government that America thought it deserved. As late as 1960, America was still contemplating using military force if the Communists took power. Of course, the United States would always have responded militarily if the Soviet Army invaded Italy during the Cold War. But note the difference: American intervention would have been prompted not by Soviet tanks, but rather if the Communists took power through a coup—or by winning an election.

The details have emerged in a newly declassified Pentagon study released by the private watchdog organization, the National Security Archive.

In 1954, the Joint Chiefs of Staff urged that if a Communist government took power in Italy, “the United States, preferably in concert with its principal Allies, should be prepared to take the strongest possible action to prevent such an eventuality, such action possibly extending to the use of military power.”

That position didn’t suit President Dwight Eisenhower, whose World War II experiences as Supreme Allied Commander in Europe made him smarter than most about how to keep an alliance like NATO together. Eisenhower warned that he “could not imagine anything worse than the unilateral use by the United States of its forces to overthrow a Communist regime. This simply could not be done except in concert with our allies.”

Nonetheless, the National Security Council approved a paper that stated: “In the event the Communists achieve control of the Italian government by apparently legal means, the United States, in concert with its principal NATO allies, should take appropriate action, possibly extending to the use of military power, to assist Italian elements seeking to overthrow the Communist regime in Italy.”

Note the words “apparently legal means.” Perhaps the attitude among American leaders during the Cold War was that “Communist government” and “legal” were oxymorons, and that no Communist government could have genuine legitimacy (which had certainly been the case of the Eastern European regimes that rode into office on the backs of Soviet tanks in 1945). Nonetheless, the U.S. Sixth Fleet would have performed the ultimate act of electoral nullification, by using force against a Communist Party that—as did happen in the 1940s and 1950s—enjoyed strong popular support.

Even as late as August 1960, just months before John F. Kennedy took office, an NSC paper proposed that regardless of whether the Communists took power in Italy by illegal or legal means, the United States should be prepared to use military force—unilaterally if need be—to “assist whatever Italian elements are seeking to prevent or overthrow Communist domination.” This was fifteen years after the chaos and devastation of World War II. While Italy has never been known for stable governments, in 1960 it was not still the political and economic basket case under the rule of Allied military government.

In the end, “Eisenhower and Dulles were willing to intervene militarily only if the Communists forcibly seized power and then only in concert with other European nations,” concludes the study’s author, Ronald Landa. And that was wise: as Eisenhower himself realized, U.S. tanks rolling into Rome—or supporting right-wing Italians overthrowing their own government—would have been a propaganda godsend for the godless Communists in Moscow.

All of which has nothing to do with the question of whether Russia influenced the U.S. election. Except as a reminder that political manipulation has been performed by many nations.