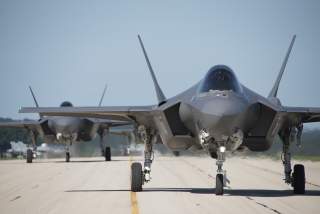 The 115th Congress is now in session and the first order of business for the Republican majority is to repeal Obamacare. Whatever one thinks of the politics of Obamacare’s creation and its impending demise, what is clear is that the law as implemented is a failure. Costs are skyrocketing. Young people are voting against the system in the millions, refusing to buy insurance and instead paying the fine. Those of us who have insurance are seeing our premiums, deductibles and co-pays rise significantly, often for insurance plans that offer less choice. At least one third of all the state Obamacare exchanges have only a single provider. Obamacare has provided new benefits for some 20 million Americans while harming the circumstances, medical and financial, of perhaps ten times that many.

President-elect Trump campaigned on the slogan of repealing and replacing Obamacare. This was part of his general theme of making government more efficient and responsive to the needs of the people. Since winning the November election, Mr. Trump has taken this same theme and applied it to other areas of government, notably defense. In several tweets, he questioned the costs of major defense programs. What he assumed, erroneously but understandably given his private sector background, was that the costs of these programs seemed high because the companies behind the programs were trying to earn excessive returns. In fact, this is not the case. The reasons for the high costs of some defense programs have to do with the structural defects of the defense contracting process and the inherent challenges of trying to build relatively small quantities of very specialized and high tech items that have no commercial counterparts.

But in some ways Obamacare and defense contracting are similar. It is these common features that are at the heart of the challenges to costs and effectiveness faced by both. Here are several examples.

The first thing that Obamacare and defense contracting have in common is a dysfunctional requirements process. One of the major complaints against Obamacare from the outset was the massive array of new requirements levied on all insurance policies. The list of circumstances, procedures and tests that insurance policies are now required to cover is enormous, as is the additional cost associated with these mandates. Younger people complain that they are required to buy more insurance than they need and older individuals have policies that cover extremely low-risk events such as birth control and pregnancy. All the interested parties saw the Affordable Care Act (ACA) as a once in a lifetime opportunity and they loaded it down with every requirement they could imagine. Apparently, no one in a position to influence the contents of the ACA bothered to ask what would be the impact on the costs of individual policies and on overall government expenditures on health care of runaway requirements.

The requirements process also is a big problem for defense contracting. Major new defense programs for armored fighting vehicles, ships, submarines and aircraft come along once in a generation, now often twice that length of time. So the organizations that generate requirements for these new platforms often go overboard, throwing in everything including the kitchen sink. They also tend to require levels of performance (e.g., speed, protection, power and maneuverability) that are either unattainable or come at a high price. But if you only get one shot at a new tank, fighter or aircraft carrier, why not ask for the moon. It should come as no surprise that with unconstrained requirements come unconstrained costs. Unfortunately, until recently, virtually no one responsible for writing requirements ever asked about the impacts of their whims and desires on the costs of the overall program or about the true technical risks associated with seeking that last increment of performance.

Another area where Obamacare and defense contracting behave similarly is in their imposition of stultifying regulations and reporting requirements on the private sector, the medical system and the private defense industry, respectively. Neither the health care bureaucracy or the defense contracting community do a very good job of assessing the cost associated with regulations and reporting requirements. The IRS reported it needed to hire thousands of new staff to deal with monitoring compliance with the obligations of the ACA. Hospitals and physicians in private practice have been forced to hire additional staff just to deal with the reporting requirements in Obamacare. Defense contractors have to keep two sets of books, one that conforms to the Pentagon’s specialized accounting standards and the other that is based on the generally accepted accounting standards used throughout the private sector. For some defense programs the companies are required to keep on staff more auditors, lawyers, contracting specialists and testers than they have engineers. Neither for Obamacare or in defense contracting are the costs identified of all those government bureaucrats required to write and administer the regulations.

The third characteristic they both have in common is the failure to create a predictable, competitive commercial environment in which private companies can thrive while providing cost effective goods and services. Opponents of Obamacare have complained from the beginning that the law failed to permit insurance companies to operate across state lines, thereby creating de facto cartels or even monopolies for insurance. Tort reform is another area where the ACA failed to create the right environment for insurance companies. Physicians are exiting private practice and joining the emerging health care behemoths in order to reduce overhead and protect their livelihoods.

The Pentagon is totally dependent on the private sector to produce the equipment and weapons systems it requires. Yet, these companies are often treated as adversaries and their every decision, including how to spend research and development funding, is questioned. In both health care and defense production the risks of doing business have become so acute that only a handful of large companies can manage to survive the ebb and flow of budgets, policies and regulations.

The defense acquisition system has become so complex, difficult to navigate and even inert that it now takes up to twenty years for a major program to go from initial requirements to first fielded item. If we are not careful, something similar will happen in health care. Not only will costs rise but the quality of care will decline. The singular lesson of Obamacare and defense acquisition is that the more government tries to control the way the private sector and individual Americans behave, the worse the outcome. The answer in both cases is ‘less is more,’ less government that is.