Defense Innovation Is Alive and Well In Detroit 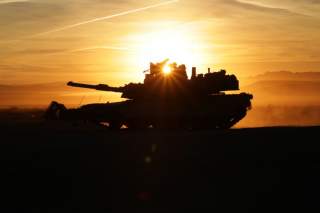 The military’s latest mantra is “innovation.”  Having taken a two-decade modernization holiday, the Department of Defense (DoD) is betting heavily on innovation to reestablish its warfighting edge.

DoD is particularly enamored with innovation as practiced in the IT sector, most notably in places such as Silicon Valley, Boston and Austin. For reasons that remain inexplicable to me, senior Pentagon officials seem to think that Silicon Valley possesses some kind of secret sauce that enables its private companies to create marketable technologies at blinding speed that are at one and the same time game changing and extremely affordable. There are numerous examples of inventions coming out of the IT sector that have changed society and warfare while making lots of money for those who control the intellectual property.

Of course, Silicon Valley is also the burial ground for untold numbers of ideas and start-up companies. Venture capitalists say that for every ten ideas they fund, at least seven are failures, two break even and one is truly a winner. Sometimes successful companies can turn sour. Anyone want to invest in Yahoo or Twitter? There is also the well-publicized case of the Samsung Galaxy Note 7 phone. Smart phones are a relatively mature product line as are the batteries that power them. But somehow Samsung has managed to mess up the power pack for the Galaxy Note 7 not once but twice. I can’t recall a major defense acquisition program that failed as spectacularly as the Galaxy Note 7, and DoD works on really hard problems.

It is also willful blindness to fail to see the continuous innovation that emerges from the traditional defense industrial base.  There are drones of every size and shape, directed energy weapons that could one day eliminate the threat from hostile rocket, missile and artillery fire, and sensor systems that will enable aircraft and helicopters to fly not just at night but through any kind of weather and obscurants.

Even mature portions of the defense industrial base continue to innovate.  Take the example of combat vehicles. They are more than 100 years old. But the private companies in this space, in collaboration with the Army’s Tank and Automotive Command, continue to push the boundaries of individual vehicle technologies. It was this industrial base that developed a tank that could not merely float but deploy from offshore amphibious vessels and speed to shore at nearly 30 mph. Today’s combat vehicles are more like aircraft with a wide range of sensors, communications systems, electronic warfare capabilities, precision weapons and state-of the-art power plants all integrated on platforms designed to travel over rough ground at high speeds.

In support of multiple programs, the combat vehicle industrial base has developed a unique set of facilities and capabilities that can be described as national treasures. On such jewel is BAE System’s Integration, Assembly and Test (IA&T) facility in the Detroit suburb of Sterling Heights, Michigan. This center houses state-of-the-art-fabrication capabilities, multiple specialized design, prototyping and testing laboratories and a functional test track.  The facility is the central hub of a Combat Vehicle Prototype Network that encompasses a rich set of component and subsystem developers, Army laboratories and five different test sites and ranges.

The IA&T facility provides the resources to take combat vehicles forward into the remainder of the 21st century. Near term programs include the Marine Corps’ Amphibious Combat Vehicle, the Mobile Protected Firepower system for Army infantry brigade combat teams and major upgrades to the Bradley tracked fighting vehicle, possibly including a laser weapon. This facility will also support the integration of new capabilities such as active protection systems, electronic warfare capabilities and new weapons on existing vehicles.