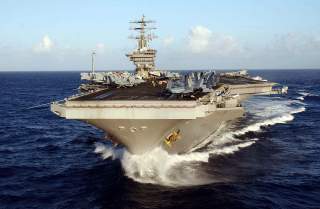 “The United States will continue to adapt and continue to expand its ability to work with others to secure a peaceful, prosperous and free Asia, with respect for all nations upholding international law,” said Mattis during his highly anticipated speech at the Shangri-La Dialogue in Singapore over the weekend.

Given the diminished role of the US State Department, which is grappling with a massive 30% budget cut under US president Donald Trump’s proposed budget, Mattis is increasingly seen as the primary actor shaping American defense and foreign policy in Asia.

Since assuming the Pentagon’s leadership, Mattis has bid to reassure key allies in Western Europe and Northeast Asia about the Trump administration’s commitment to existing alliances. His speech in Singapore was part of the Pentagon’s latest effort to push back against lingering fears of American disengagement from the region.

The summit, which brought together 23 defense ministers and hundreds of security experts from across the world, quickly became a litmus test for Washington’s ability to reassure the region about its continued leadership and strategic commitment.

No less than the event’s keynote speaker Australian Prime Minister Malcolm Turnbull implicitly criticized the Trump administration by calling upon America to uphold a “rule-based” regional order, which it almost singlehandedly created and preserved since the end of World War II.

“Because we recognize no nation is an island, isolated from others, we stand with our allies, partners and the international community to address pressing security challenges together,” claimed Mattis in a subtle rejection of Trump’s neo-isolationist rhetoric.

The Trump administration’s controversial withdrawal from the Paris Agreement and its self-centric “America First” pronouncements have dramatically changed perceptions of America and its role in the world.

In Asia, regional states have been specifically perturbed by Trump’s abrupt withdrawal from the Trans-Pacific Partnership multilateral trade agreement, just as China launched a myriad of ambitious economic initiatives, ranging from the One Belt, One Road initiatives to the Asian Infrastructure Investment Bank.

“Bear with us, once we’ve exhausted all possible alternatives, the Americans will do the right thing,” Mattis replied amid a flurry of questions over Washington’s ability to formulate a new comprehensive strategy for the region “We will still be there. We will be there with you.”

But Trump’s emphasis on “fair trade” and Washington’s preference for alternative bilateral trade and investment arrangements have done little to assuage concerns about America’s diminishing economic clout in the region.

As a result, China could credibly present itself as the inevitable economic hegemon in the region, which gives it growing power and influence to shape a new Asian order in its own image.

To compensate for the lack of any substantial economic initiatives, Mattis tried to present a more militarily assertive America in light of renewed threats to regional security. In strident rhetoric, Mattis portrayed North Korea as a “clear and present danger” and a “threat to us all”, underlining the necessity for a decisive and cooperative response.

He also called upon Beijing to leverage its considerable weight to rein in North Korea’s provocative behavior. In a notably break from the more measured language of Barack Obama administration officials, Mattis openly accused China of “disregard for international law”, going so far as to portray its assertiveness in adjacent waters as “contempt for other nations’ interests.”

He also criticized China’s massive reclamation activities and militarization of the disputes in the South China Sea. Defense ministers from Japan and Australia also echoed Mattis’ criticism of Chinese “coercive” action in the maritime area.

The harsh criticism came a week after America conducted its latest round of Freedom of Navigation Operations (FONOPs) in the area, in an attempt to challenge China’s wide-reaching claims to the disputed waters.

Still, Mattis did not present any details on how specifically America would rein in Chinese maritime ambitions in the coming months and years. Lieutenant-General He Lei, the head of China’s delegation at the event, struck back by implicitly accusing America of pursuing “security through exclusive military alliances” and moving to “stir up conflict and provoke trouble” to re-assert its leadership in the region.

On Sunday, Beijing expressed its strong dissatisfaction with what it referred to as Mattis’ “irresponsible remarks” on the South China Sea.

Chinese Foreign Ministry spokeswoman Hua Chunying said China’s construction activities in the contested maritime area was aimed at improving working conditions for people stationed there and had nothing to do with militarization.

The American defense chief tried to also reach out to estranged allies, particularly the Philippines and Thailand, by downplaying disagreements on human rights and democracy issues and emphasizing the necessity for stronger counterterrorism cooperation.

Mattis expressed “sympathy and support” and emphasized how the Trump administration will “stand with the Philippines in the fight” against Islamic State-affiliate groups in Mindanao, which has been racked by recent terrorist attacks, particularly in the city of Marawi.

Admiral Harry Harris, commander of the United States Pacific Command, echoed those comments by telling this writer that America is already involved in the fight in Mindanao and will help the Philippines “to take the fight to the terrorists.”

The US has long provided Manila with logistical, technical and other help to combat the extremist Abu Sayyaf Group.

Transnational terrorism in the region was at the center of discussions among the summit’s gathered defense ministers, and is perhaps the one area where the Trump administration has common ground with all regional states. Unlike China, the US has a long history of helping regional allies, including Indonesia, the Philippines, Thailand and Singapore, counter terror threats.

But for many regional countries it will take more than a rousing, reassuring speech and military muscle-flexing to address deep and legitimate concerns over the US’ credibility and ability to maintain a comprehensive and strong strategic leadership in light of China’s fast and seemingly inexorable rise.