Desert Storm: The War That Changed Everything (Think Stealth and Smart Bombs) 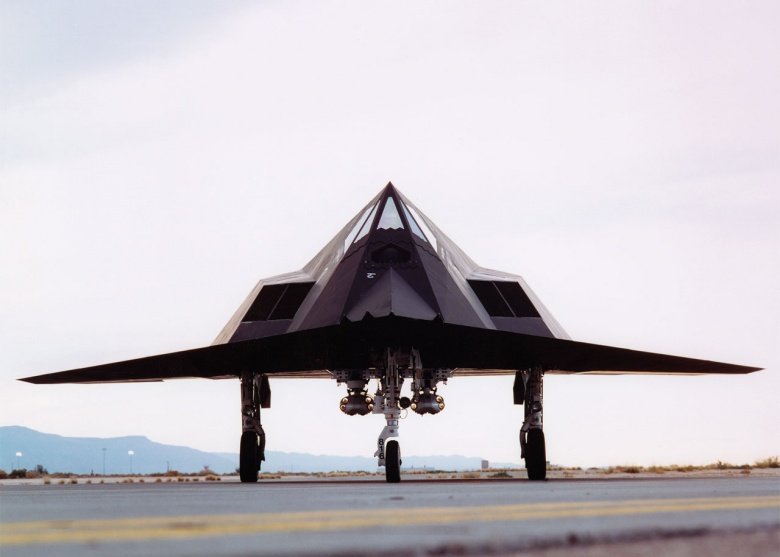 The Air War lasted 6 weeks to clear the way for a successful 100-hour ground invasion and brought new technology to air attacks?

As laser-guided bombs incinerated Iraqi tanks from the sky, surveillance aircraft monitored enemy troop movements and stealth bombers eluded radar tracking from air defenses in the opening days of Operation Desert Strom decades ago – very few of those involved were likely considering how their attacks signified a new era in modern warfare.

Earlier this year, when veterans, historians and analysts commemorated the 25th anniversary of the first Gulf War in the early 90s, many regard the military effort as a substantial turning point in the trajectory or evolution of modern warfare.

“We saw the first glimpses in Desert Storm of what would become the transformation of air power,” he said.

On the way back from the mission, while flying a severely damaged airplane, Johnson received in-flight refueling from a KC-10 aircraft at about 25,000 feet. Johnson received the Air Force Cross for his heroism on another ocassion during the war, where he helped rescue a downed F-14 fighter jet.

The Combat Debut of New Technology:

The advent of much great air-fired precision weaponry, aided by overhead surveillance and GPS for navigation is largely referred to as the 2nd Offset – a moment in the evolution of warfare marked by significant technological leaps forward.  Johnson explained that the 2nd Offset fully came to fruition in the late 90s during Operation Allied Force in Kosovo.

Also, airborne surveillance, in the form of the Joint Surveillance Target Attack Radar System, or JSTARS, provided attacking forces with an unprecedented view from the sky, Johnson said.

The aircraft used Ground Moving Target Indicator and Synthetic Aperture Radar, or SAR, to deliver a “rendering” or painted picture of ground activity below.

Although this gave U.S. forces and an advantage – and the U.S. Army was overwhelmingly victorious in Desert Storm tank battles – there were some tough engagement such as the Battle of Medina Ridge between the Army’s 1st Armored Division and Iraqi Republican Guard forces.