Did China and America Just Save the Planet? Breaking Down the Big Climate Announcement 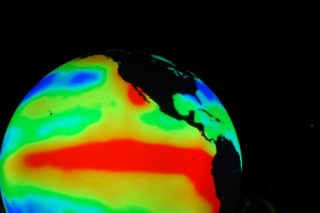 Barack Obama and Xi Jinping surprised even the closest climate watchers last night when they jointly announced new emissions-cutting goals for the United States and China. This is a serious diplomatic breakthrough after years of unsuccessful efforts to do something big and joint that goes beyond clean energy cooperation and gets to one of the most sensitive parts of climate policy. What it ultimately means for emissions, of course, will be determined over many years.

What exactly is the significance of the news? It will take time (and fleshing out of details) to fully assess the two countries’ proposals. But there are already three big takeaways that can be discerned.

China is now approaching international climate diplomacy differently from – and more constructively than – before:

The Chinese announcement promises to peak emissions “around” 2030 and to try to beat that deadline. It also articulates a goal of boosting non-fossil energy to twenty percent of Chinese fuel. People will pore over these numbers (and I’ll say something about them below). But perhaps the most striking thing about them is simply that they’re genuinely new. In 2009, when China announced a goal of cutting emissions intensity by 40-45 percent below 2005 levels by 2020, many analysts (myself included) noted that they contained no ambition to move beyond “business as usual” estimates for future Chinese emissions. Not this time around: for China to peak its emissions by 2030, it would need to depart significantly from the path that most analysts currently expect. That alone is a big deal.

The way that the Chinese goals were developed and announced, though, is as important as their substance.

China has typically gone out of its way to assert its independence in anything climate-related. That approach would usually have led it to announce major goals like these in a clearly unilateral context – even if they were developed in tandem with the United States. Rolling them out together with the United States says that China is increasingly comfortable being seen to act as part of an international effort.

Indeed that may be part of the point here. Xi appears at least somewhat sensitive to historical patterns of conflict between established and rising powers. Amidst broad tensions between the United States and China, climate change is increasingly an area of relatively constructive dialogue, which makes it worth highlighting. A joint announcement does exactly that.

One also has to wonder what domestic dynamics are at work here. One plausible theory for why Xi made the announcement in an international context is that the transformations he seeks in order to achieve Chinese climate goals are also ones he wants to pursue for other economic, environmental, or strategic reasons anyhow (for example, reducing local air pollution). Making a firm and international commitment to this can strengthen his hand against those at home who oppose such moves.

The U.S. target looks like it’s going to be really tough to meet without new laws:

The United States promised to cut emissions 26 percent below 2005 levels by 2025 and to try to get to a 28 percent cut. (Notice a pattern – baseline and stretch goals – between the United States and China?) If the United States hits its current target – 17 percent below 2005 levels by 2020 – on the head, it will need to cut emissions by 2.3-2.8 percent annually between 2020 and 2025, a much faster pace than what’s being targeted through 2020. That is a mighty demanding goal. It will be particularly challenging to meet using existing legal authority – which the administration says can be done.

My understanding is that the numbers were arrived at through careful bottom-up analysis of the U.S. economy and of legal authorities over an extended period of time. But technically possible and politically likely are two different standards. One useful point of comparison is the Waxman-Markey legislation. That bill would have required a 30 percent emissions cut by 2025, but a large slice (perhaps more than half) of the reduction was expected to be met through international offsets. The new targets thus far exceed Waxman-Markey in domestic ambition.

That doesn’t prove, of course, that the new targets will be tough to meet; the world has changed a lot in the last five years. So let’s drill down on some details.

One thing that’s straightforward to infer from the announcement is that any effort to meet the new goals will need to lean disproportionately on measures to reduce emissions of non-CO2 gases and increase the U.S. carbon sink (the latter of which is mostly beyond the influence of policy). This is clear once one observes that a 26 percent cut in CO2 emissions in energy alone would require slashing power plant coal use by somewhere around 75 percent by 2025 (barring some sort of radical and unexpected change in the transportation sector). I would normally sound a major warning note on reliance on cutting non-CO2 gases, since it’s wrong to trade cuts in carbon dioxide for cuts in shorter-lived forcers. In this case, though, it’s probably wrong to look at this as a set of tradeoffs; instead the administration appears to be putting forward the most it thinks it can do on all fronts.

It’s also worth observing is that achieving these goals will almost certainly require changes to the implementation of the EPA power plant regulations. This would be particularly true if the automobile fuel economy rules are relaxed when they’re reviewed in a few years. The EPA power plant rules as they’re currently proposed are already spurring plenty of pushback; pressing them further will be a tall political and technical task. In particular, it’s near-impossible to imagine achieving these goals simply with actions taken during the Obama administration. President Obama’s administration may have developed and negotiated these numbers, but his successor will determine whether they’re achieved.

One last note on the U.S. numbers: The fact that they’re a stretch doesn’t mean that they’re bad. Stretch goals can motivate policymaking. And few people thought, back in 2009, that the United States could cut emissions 17 percent below 2005 levels by 2020 using existing authorities, something that’s now seen to be perfectly feasible. Big numbers can, however, create big backlash, which is something to watch out for.

The potential scale of the Chinese plan, though, dwarfs all of this – as do the associated uncertainties:

The difference between a 26 and a 28 percent cut in U.S. emissions is on the order of 120 million metric tons of carbon dioxide emissions annually. That’s smaller than the EIA’s projected annual growth in Chinese energy emissions for each year between 2025 and 2030. Very loosely speaking, a mere one-year shift in the Chinese peaking year could matter at least as much to global emissions as the difference between the various U.S. targets that have now been announced.

And then there’s the matter not of when Chinese emissions peak but where they peak. Do they peak 25 percent above current levels? 15 percent? 10 percent? That makes an enormous difference for global emissions. I suspect that one can make some inferences from the target for zero-emissions energy that the Chinese announced; perhaps more on that in another post. At least one big hint at where Chinese leaders hope to land should come next year if they announce a carbon intensity target (something they seemed to indicate was in the works at the UN in September). One way of getting some insight might be from a recent MIT-Tsinghua study that models a scenario with Chinese peaking in 2030. It uses a $38/ton carbon tax to get there and peaks at 17 percent above current levels. It would not be a surprise if that analysis was one of many that informed Chinese decision-making.

I wouldn’t expect much more negotiation over either U.S. or Chinese targets, even though European leaders may want to have a discussion. Over the next year, rather than focus on any haggling over emissions numbers, it will be worth watching three things. What will the remaining details of the Chinese plan look like? How will the U.S. goals be received politically – and could they spook a Congress currently considering how much to try to interfere with pending EPA regulations? And, perhaps most important, could this display of pragmatic U.S.-China diplomatic cooperation be a sign of more to come in international climate change diplomacy – which will need to go well beyond target-setting – over the coming year?