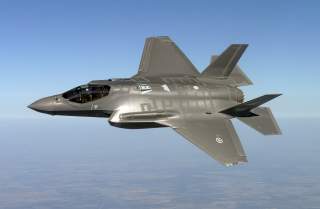 As the U.S. gets more deeply embroiled in the Syrian Civil War and considers pulling out of its nuclear agreement with Iran, the Middle East is being roiled by news that the Israeli air force bombed Iranian-connected military sites in Syria… possibly by masking Israeli aircraft to identify as U.S. warplanes in contested airspace. All this is happening as Israel reportedly prepares for a larger military conflict with Iran.

Here’s what we know so far.

- On April 30th, videos emerged of a massive explosion near Aleppo in Syria. An Iranian-connected munitions storage site was targeted by Israel. Reportedly the strike was carried out with GBU-39 small diameter bombs. This claim is backed up by unconfirmed photos of GBU-39 remnants.

- Syria and Iran accused Israel of executing the strike, which destroyed 200 missiles and killed at least a dozen Iranians.

- Rumors began circulating that Israel masked their attack by flying through Jordan and Iraq and using U.S. “identification friend or foe” (IFF) codes to conceal their aircrafts’ identities.

- Another unconfirmed rumor states that this was Israel’s first downrange use of the F-35 Joint Strike Fighter, which could theoretically be able to penetrate Syrian airspace directly due to its stealth features.

- For Israel to pull off a strike using spoofed transponders, they would have to fool ground radars from Iraq and Jordan, as well as U.S. E-3C Sentry aircraft, who would likely have an established order of battle and tasking list to consult if several F-15s appeared from the direction of the Mediterranean.

- To date, Israel has lost one F-16I due to Syrian air defenses, despite conducting numerous strikes inside the country. It is likely that Israel utilized traditional airstrikes against the munitions facility with F-15Is or F-16Is. Iran has vowed to retaliate for the Israeli strikes.

This post is part of BULLET POINTS, our running SITREP of the military stories you need to read now. Sign up for more updates in your inbox here.

Brad Howard enjoys long walks on the beach, and reading non-fiction on the subway. He holds an M.A. in Film from American University, and a B.A. in Political Science from the University of North Carolina Wilmington. He was also in the U.S. Air Force for four years, and complained about it constantly during those four years. Brad is best known for his "Most untrue take of 2018 right here" according to Terminal Lance, in regards to Battlefield: Bad Company 2.