Did Nuclear Weapons Just Get Banned? 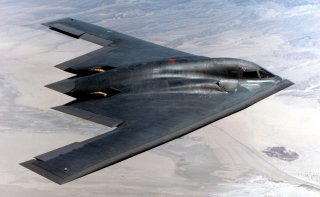 A United Nations conference has adopted a new treaty that would ban nuclear weapons, but none of the world’s nine nuclear armed powers are party to the document.

One hundred and twenty-two out of the 124 participants in the conference voted to adopt the new draft treaty on July 7. Only the Netherlands voted against the treaty while Singapore abstained. None of the nine nuclear powers participated in in the conference. The treaty will now be open for signing starting on Sept. 20, 2017. The treaty will enter into force 90 days after 50 countries have ratified the document. But while the treaty will likely enter into force, don’t expect nuclear weapons to disappear anytime soon.

None of the world’s nine nuclear-armed nations participated—indeed only 124 out of 192 United Nations member states did. And while the new draft treaty would purport to legally ban nuclear weapons, it is largely symbolic. Major powers including the United States, the United Kingdom and France have rejected the treaty. Meanwhile, neither Russia nor China has bothered to comment on the treaty.

Indeed, Washington, London and Paris are adamant that not only will they not sign the treaty, but that they will not recognize the new document as customary international law.

“Therefore, there will be no change in the legal obligations on our countries with respect to nuclear weapons. For example, we would not accept any claim that this treaty reflects or in any way contributes to the development of customary international law. Importantly, other states possessing nuclear weapons and almost all other states relying on nuclear deterrence have also not taken part in the negotiations.”

“This initiative clearly disregards the realities of the international security environment,” the three Western powers stated.

“Accession to the ban treaty is incompatible with the policy of nuclear deterrence, which has been essential to keeping the peace in Europe and North Asia for over 70 years. A purported ban on nuclear weapons that does not address the security concerns that continue to make nuclear deterrence necessary cannot result in the elimination of a single nuclear weapon and will not enhance any country’s security, nor international peace and security. It will do the exact opposite by creating even more divisions at a time when the world needs to remain united in the face of growing threats, including those from the DPRK’s ongoing proliferation efforts.”

The three Western powers also note that no treaty will compel the North Korean state led by Kim Jong Un to give up its nuclear weapons.

“This treaty offers no solution to the grave threat posed by North Korea’s nuclear program, nor does it address other security challenges that make nuclear deterrence necessary,” the three Western nuclear powers stated.

“A ban treaty also risks undermining the existing international security architecture which contributes to the maintenance of international peace and security.”

Meanwhile, though Moscow has not commented on the draft treaty, the Kremlin maintains a formidable nuclear arsenal to ensure the survival of the Russian state. Russia is highly unlikely to ever consider giving up its nuclear arsenal. Indeed, the Kremlin—to offset its conventional weakness—renounced the Soviet Union’s nuclear no-first-use policy in 1993. Moscow’s security policy allows for the use of nuclear weapons “in response to the use of nuclear and other types of weapons of mass destruction against it and/or its allies, as well as in the event of aggression against the Russian Federation with the use of conventional weapons when the very existence of the state is in jeopardy.”

On the other side of the world, the People’s Republic of China—long an outlier amongst the great powers for maintaining a minimal nuclear deterrent—is now working on improving and modernizing its strategic forces.

“China appears to be moving away from an approach to deterrence that deems the ability to impose some risk of a second strike sufficient,” reads a recent RAND report. “It is moving toward a more calculated strategy of assured retaliation.”

Thus, while “global titans” such as Malta, Togo and Tonga might have voted to adopt this nuclear weapons ban, it will continue to remain a fantasy.