Did Russia Just Cut Its Defense Budget by a Whopping 25 Percent? 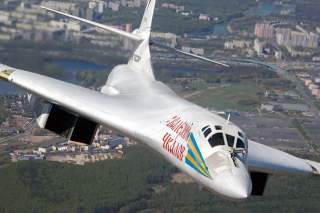 A new report from Jane’s suggesting that the Kremlin is undertaking draconian defense cuts is wrong, a top analyst specializing in Russian affairs says. While the Jane’s report cites cuts of twenty-five percent—or one trillion rubles—the actual reductions are only about seven percent or roughly 230 billion rubles.

“Russian defense budget is going from 3.07 trillion RUB in 2016, to 2.84 trillion RUB in 2017, a reduction of ~7%, which is about 1% harsher than announced in October of last year,” Michael Kofman, a research scientist specializing in Russian military affairs at the Center for Naval Analysis writes. “The original estimate for the 2017-2019 budget plan was a 6% reduction over that period of defense spending. The difference now is about 230 billion RUB.”

One of the problems that Moscow faced, Kofman notes, is that the Russian defense industrial complex was weighted down by commercial debt and interest payments.

“This was no small issue, the interest rate + inflation resulted in some notable costs to the manufacturers, and financing this debt was having a waterfall effect on the state armament program,” Kofman writes.

“Eventually the ministry of finance had to pay them down, so in December 2016 they made a onetime payment of 700 billion RUB to clear this debt (though some sources average it up to 800 billion). Added to 3.07 budgeted, this brought the overall amount to ~3.9 trillion RUB for 2016. Statistically, that resulted in a spike of 4.7% of GDP, but in reality an important chunk was this debt payment.”

The fundamental problem with Jane’s analysis was that the firm got its mathematics wrong.

“The budget figures announced for 2017 reduce the budget by 7%, to 2.84 trillion. Janes did the following math, 3.9 trillion – 2.84 = 1 trillion RUB reduction or -25%. To put it mildly, that is not the right interpretation of what is happening. The annual planned reduction is really just north of 200 billion RUB,” Kofman writes.

“The future planned reductions are much smaller at 3.2% in 2018, and 4.8% for 2019. This would amount to 3% and 2.8% of GDP respectively, and perhaps 17% of the government budget. Though the figures do not include other spending on national security. My understanding is that these were based on really low oil prices of 40/barrel as well.”

Based on historical trend, Kofman wrote that he expects that the Kremlin will likely not reduce its defense outlays by even those more modest figures. “2015 saw only a 3.8% reduction, and 2016 a 5% reduction, relative to much louder announcements. This should be compared to 10% reductions to other federal agency budgets. Meaning, we should expect MoD to claw back some % points from Ministry of Finance,” Kofman writes.

The bottom line is that while some might wish Russia would cut defense spending by twenty-five percent overnight, leaders in the Kremlin are not naive. Russia’s will maintain a robust defense budget for the foreseeable future.

“The Russian defense budget will remain very much alive, while the state armament program will continue to truck along,” Kofman writes.