Did a Russian Missile Really Hit an Israeli F-35? 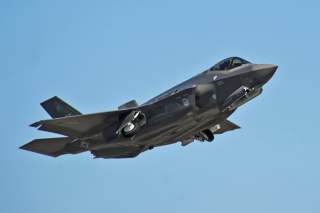