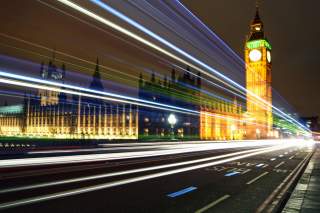 A draft of a proposed new surveillance law in the U.K. leaked Thursday shows the country’s government wants the power to force internet service providers (ISPs) to give up people’s communications in real-time.

The Investigatory Powers Bill, colloquially known as the “snoopers’ charter,” originally passed under the helm of the Conservative Party in November.

Provisions in the pending legislation recently made public include compelling ISPs to turn over people’s information, even encrypted data, within one day. The bill would also authorize intercepting communications on one out of every 10,000 citizens. Based on U.K.’s estimated population of 65,100,000, this means the government would be permitted to wiretap more than 6,500 citizens at any given time.

Further obligations for telecommunication operators include the “removal of electronic protection applied” reads the leaked document, which ZDNet obtained.

Encryption (the presumed “electronic protection” mentioned) is the process of transforming data into complex codes to automatically lock the information. Forcing ISPs to somehow give the government special access to encrypted content defeats the inherent purpose of the technology at least to some degree.

Apple CEO Tim Cook protested the U.K.’s attempt to pass the bill and create backdoors for law enforcement. He claims if the government created a key to unlock the communications it would be virtually impossible to make it only available to the involved parties and not potential nefarious hackers.

When the FBI was battling with Apple over unlocking the iPhone of Syed Rizwan Farook, one of the perpetrators in the San Bernardino terrorist attacks, Cook vehemently pushed back.

He argued in a formal letter to customers that trying to design software for a back door is “too dangerous to create.”

“The FBI may use different words to describe this tool, but make no mistake: Building a version of iOS [Apple’s operating system] that bypasses security in this way would undeniably create a backdoor. And while the government may argue that its use would be limited to this case, there is no way to guarantee such control,” Cook explained. (RELATED: Turkey Is Reportedly Asking Apple’s Help In Unlocking iPhone Of Russian Ambassador’s Killer)

It is not exactly clear how the government would enforce the provision. It is also unclear if the legislation would affect all companies operating in the country or only ones based in the U.K.

The U.K. government is not asking for much outside consultation on the issue. The draft of the bill has reportedly only been given to the country’s official technical advisory board, which is comprised of six telecomm corporations and government agencies.

“The government doesn’t think it has any legal or moral obligation to consult anyone outside of industry partners and the security services,” Jim Killock, executive director of Open Rights Group, a British nonprofit, told ZDNET.

The highest court in the European Union ruled in December that the 2014 Data Retention and Investigatory Powers Act (DRIPA), a legislative predecessor to the Investigatory Powers Bill, is illegal because it calls for the “general and indiscriminate” retention of online traffic. (RELATED: 2016’s Assault On The Internet Was Brutal. Will 2017 Be Worse?)

If the EU court decided that DRIPA was too invasive, it is quite possible it would do the same for the latest proposed surveillance bill.

However, as the process of Brexit gradually transpires, the country may not be beholden to European courts and their rulings.