Does China Get What it Wants in East Asia? 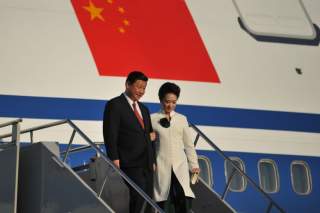 East Asia’s regional order is in the throes of a remarkable transition, but the nature and potential results of this transition are deeply contested. By mobilizing developing countries, a constituency that has been too often neglected, China seems to be altering the regional balance of influence. But how much influence over these countries’ choices and policies does China actually have?

In contrast with the United States’ security-focused approach, China’s intensifying ties with Asian developing countries privilege their shared developmental imperative — the strong commitment to generating economic growth and development — as the key means to ensuring the domestic legitimacy and therefore sustainability of the ruling regimes within these states.

When analyzing the impacts of China’s rising influence on the regional order, there are five key aspects that must be considered.

First, there are not many cases in which Beijing tries to make its smaller and weaker developing neighbors do what they otherwise would not have done. Instead China exercises its power by leveraging shared economic development imperatives and meeting many of these governments’ demands for quick and non-transparent bilateral investments. So China’s influence often results in more continuity than change: rather than being revisionist, China often mobilizes and reinforces these developing states’ existing preferences.

Second, in taking a developmentalist approach, China’s broader strategic intent is to invest in its future influence in Asia. Since the mid-1990s Beijing’s consistent aim has been to foster stability in its immediate periphery and promote economic growth opportunities to ensure the security of its regime and support efforts to recover its international position and status. Avoiding attempts to coerce its small neighboring states helps China mask the risks associated with its growing resources and hoard goodwill as a hedge against future opposition.

Third, China does not easily achieve what it wants — even with these weaker states. Instead, the extent of China’s influence tends to depend on these neighbours’ domestic dynamics. It can be undermined by various unintended consequences. Competing political actors and interest groups in these states can facilitate or resist Chinese interests. Some leaders actively courted Chinese investment and attention rather than the other way round. Others exploit Chinese resources to diversify their strategic options and still manage to resist Chinese pressures on key national issues.

Fourth, the systemic impact of China’s growing power in developing Asia is also constrained by broader structural conditions. International institutions and rules — such as the Bretton Woods financial institutions and the United Nations — are still dominated by the West. Such constraints may be a broader phenomenon associated with the entrenched postwar US-led Western liberal order, which is either too attractive or too costly to replace entirely.

The final constraint lies in the way China practices its power. Chinese policymakers and analysts seem to have two blind spots about their small developing neighbors. The first is a tendency to downplay the autonomous agency of these weaker states, preferring to attribute their lack of acquiescence to the machinations of other great powers. The second is to overlook the connection between China’s more benign modes of influence and the undermining effect of its at times inconsistent or coercive behavior on the very same issues.

Both of these problems are especially acute in the South China Sea territorial disputes. Chinese policymakers have tended to read the toughening stances of their smaller rival claimants as having been instigated by the US ‘rebalance’ to Asia, rather than as nationalist responses to Chinese assertiveness in bilateral conflicts. Chinese analysts, policymakers and public opinion are experiencing a dissonance between their growing material power and their perceived lagging status, influence and effectiveness in the international realm.

It is by no means clear that Beijing is easily able to win over developing countries to which it can promise quick credit and cheap infrastructure. If power transition theories are correct, the growing sense of frustration with the ‘influence gap’ among Chinese leaders may foreshadow that dangerous point when a rising power is intensely dissatisfied and may challenge an incumbent. For this reason alone, China’s growing strategic developmentalist agenda throughout Asia merits sustained attention alongside the intricacies of its strategic relations with the US and other major powers.