Does Free Trade Have a Future? 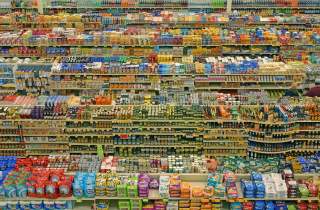 Despite ambitious plans for the Trans-Pacific Partnership (TPP) and the Trans-Atlantic Trade and Investment Partnership (TTIP), the Obama administration appears likely to make little progress in advancing U.S. free trade agreements during its remaining months in office. At the same time, both Hillary Clinton and Donald Trump have expressed skepticism about trade agreements and the world’s largest common market—the European Union—is apparently losing a key member in the wake of the United Kingdom’s vote to leave the group. Are these developments temporary setbacks reflecting inevitable dissatisfaction with globalization or do they reflect new realities for stagnant market democracies?

Milton Ezrati is a frequent contributor to the National Interest; he wrote “How Protectionist Rhetoric Endangers America” in the magazine’s July/August 2016 issue. He joins Bruce Stokes, director of global economic attitudes at the Pew Research Center, and the National Interest’s editor Jacob Heilbrunn, at the Center for the National Interest the afternoon of July 19, 2016. Watch on Facebook Live:

Image: The interior of a Fred Meyer supermarket in Portland, Oregon. Wikimedia Commons/lyzadanger/Diliff