Does Russia Have a South China Sea Problem? 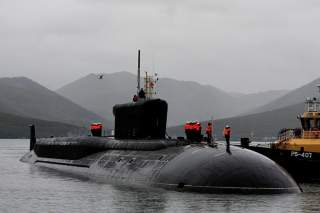 At the G20 Hangzhou summit earlier this month, China made clear that Russian president Vladimir Putin was a top guest. Both China and Russia claim that their bilateral relations are the “best ever’ and demonstrate an “unprecedentedly high level of trust.” Putin described the relationships as a “comprehensive partnership and strategic collaboration.”

The China–Russia relationship is based on a mutual wish to push back against the United States, for its expansion of NATO in Europe and its rebalance in the Asia–Pacific. Sanctions imposed on Russia by the US and Europe have hurt the Russian economy, and Russia needs markets for its energy exports, especially gas. China has signed a major deal to import Russian gas and it is a large market for Russian manufactured weapons and technology.

However, Russian and Chinese interests always aren’t congruent. Russia is suspicious of Xi Jinping’s ‘One Belt, One Road’, which aims to expand into Central Asia. Moscow also faces the difficult challenge of improving relations with China while at the same time not undermining its traditional ties with India and Vietnam, which both feel pressure from Beijing.

That tension is manifested in Russian positions on the South China Sea. The first is that it takes no side in disputes and supports freedom of navigation, including overflight and the peaceful settlement of disputes directly between the parties concerned on the basis of international law. But Russia concurrently opposes the involvement by third parties outside the region because their involvement, according to Putin, “will only hurt the resolution of these issues… [and] is detrimental and counterproductive.”

Putin supported China’s position on the recent Arbitral Tribunal ruling on the grounds that it was conducted without China being present or China’s views being considered. Putin argued that it was a legal rather than a political matter. In fact, he is ill- informed about (or is choosing to ignore) the procedures established under Annex VII of UNCLOS, Article 9 of which makes clear that the “absence of a party or failure of a party to defend its case shall not constitute a bar to the proceedings.”

The conclusion to be drawn is that Putin’s definitely trying to curry favor with China, even at a cost to its long-standing friends in the region. Russia and Vietnam are in agreement that territorial disputes in the South China Sea should be resolved peacefully by the parties concerned. But Russia hasn’t respected Vietnam’s position that when the interests of third parties in the region are involved, those third parties must be included in discussions. Vietnam takes note of the interests of third parties outside the region, especially relating to freedom of navigation and overflight.

China’s excessive claims in the South China Sea and its artificial islands are aimed at dominating the South China and ultimately restricting the movement of US (and other) naval ships. In other words, China’s actions in both those respects threaten freedom of navigation and overflight by regional and external powers. So Russia is being duplicitous, because in practice the interests of third parties outside the region are the freedom of navigation and overflight threatened by China. Putin supports freedom of navigation for the Russian Navy but is unconcerned if China makes it difficult for the US Navy.

Despite their newfound closeness, both Russia and China have been careful not to use the word alliance to describe their political and military relations. Formal alliances are usually directed at a third party and involve a commitment by the signatories to meet and take joint action in certain circumstances, such as an armed attack on one of the parties. Clearly a China-Russia alliance would be aimed at the US and its allies and would in effect bring about a new Cold War.

And it’d likely be counterproductive. A Russia–China alliance would result in a reinvigoration of the US alliance system in both Europe and in the Asia–Pacific. Individual members of ASEAN would come under great pressure to take sides to bolster their security. Finally, such a hypothetical alliance would likely provoke a global arms race, heighten tensions and raise the risk of conflict in the East and South China seas, where three major powers have material interests.

China and Russia will continue to work together when it suits them, coordinating actions and cooperating on security and strategic matters that affect them, most notably against US ballistic missile defense in Europe and THAAD (Terminal High Altitude Air Defense) in South Korea. But they’ll cooperate with the United States as well if it suits them. Russia and the US are working together to resolve the conflict in Syria (however difficult that may turn out to be), while China and the US cooperate on a wide variety of international issues, from climate change to non-proliferation by North Korea. What we’re seeing can therefore be more accurately described as a transient confluence of limited interests, rather than a deep strategic commitment between Russia and China.

This first appeared in ASPI's The Strategist here.
Image:Creative Commons.