Does the European Union Need Its Own Air Force? 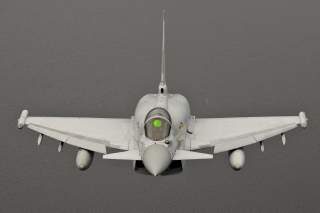 Early last month, as David Cenciotti of The Aviationist reported, A-10Cs of the Maryland Air National Guard were again practicing landings and take-offs from stretches of highway in Estonia, though with occasional casualties amongst the roadsigns. About a year prior, it was A-10Cs of the Regulars, out of Whiteman Air Force Base in Missouri, doing the same thing on a different stretch of Estonian road. Notably absent from either exercise was the Luftwaffe, the Armée de l’Air, the Aeronautica Militare, and every other European air arm. Yes, they are rotating squadrons through the local air policing mission, but why are they sending no more? Again, those-in-the-know in Europe have been asserting that greater military capabilities without pan-European unification is all-too-difficult, but they won’t step up with a wing or two to actually protect Europeans along the Baltic. Fortunately, as I have been writing here at the end of the summer, I find that European countries can do better, and without the impossible political process of ever-closer union.

To continue to demonstrate my disagreement, let’s indeed concentrate today on air forces. As I wrote in this column in April 2016 regarding “the Balance of Forces in the East,” France, Germany, Greece, and the United Kingdom have the four largest air forces in Europe today. Again, as I continue this serial analysis, I include Britain because as the British government has made clear (and as the Wall Street Journal reminds us this morning), the United Kingdom is leaving the European Union, not Europe. By the count of the IISS's Military Balance, those four countries together possessed 981 jet fighters. The Russian Air Force had 860 fighters. The numbers have doubtlessly changed over the past year, but not greatly. How the Russians will maintain even that force in the long run is unclear. As I have noted previously, the Russians aren’t likely to come up with more oil money anytime soon, so as with tanks, the issue isn’t numbers. It’s political will.

The problem with the Germans specifically is that too few of those hundred-plus Luftwaffe Typhoons are actually flyable, after years of parsimonious sustainment spending. As I wrote in November 2014, not so much is wrong with the Eurofighter as with some of the forces flying it. In June, joint leaders of the free world Angela Merkel and Emmanuel Macron approved a plan to formulate a plan in 2018 to develop a fighter jet to eventually replace both France’s Rafales and Germany’s Typhoons. Presumably these paper airplanes will be stealthy.

If you believe that stealth has lasting value, then perhaps it is more convenient that Britain, the Netherlands, Denmark, Norway, and Italy are today buying the first few score of planned fleets totaling over 300 F-35 Lightning II Joint Strike Fighters. As Rachel Rizzo of the CNAS and I wrote in December 2015, stealth is no panacea, and as a technology it may be a wasting asset, but flying without it can be dangerous. So maybe eventually Russia’s future fighter fleet will be stealthy too, and not just populated by the odd post-prototype. We have been hearing about that Sukhoi-57, the PAK-FA, or whatever preceded it, for a very long time. Back in the mid-1990s, my colleagues analyzing airpower for the Air Force Department would tell me that the F-22 was oh-so important because a stealthy Russian fighter would appearing any moment. Thus the qualitative difference between the Russian and NATO air fleets may be, for the moment, actually growing.

This time, however, France, Germany and a few other countries might invest a little money in everything that makes flying forces not just a collection of fighters, but a fightable force. They should buy more flying tankers, so that they needn’t always call the Americans for fuel service. They really should buy a lot more bombs and missiles, so that they don't run short fighting, say, the Libyans. They really need to catch up with the Russians in the use of short-range drones over the battlefield, for all their advantages in information, cost, and expendability. On another tack, as my colleague Magnus Nordenman wrote last year, maritime patrol aircraft could be “NATO’s next consortium”—Russian naval power isn’t what it used to be, but still, welcome to the end of round three of “When ASW Didn’t Matter.”

In short, as the balance of forces and the record of the past few years together indicate, it's not so much new rubber-on-the-ramp that European air forces need; it’s more flying hours, flying logistics, and aerial ordnance. All of these are easily redressed problems, on the industrial base that Europe has today. Airbus, MBDA, Saab, Kongsberg, and others are more than capable of filling the orders—and Canadian and American firms would be happy to help too. All this costs money, but it doesn’t cost that much money. It’s certainly a lot less costly than developing that future Franco-German fighter from scratch.

James Hasik is a senior fellow at the Atlantic Council’s Brent Scowcroft Center on International Security (where this first appeared), and an associate professor of industrial studies at the National Defense University's Eisenhower School. His opinions are not necessarily those of the NDU, the Department of Defense, or the United States Government.