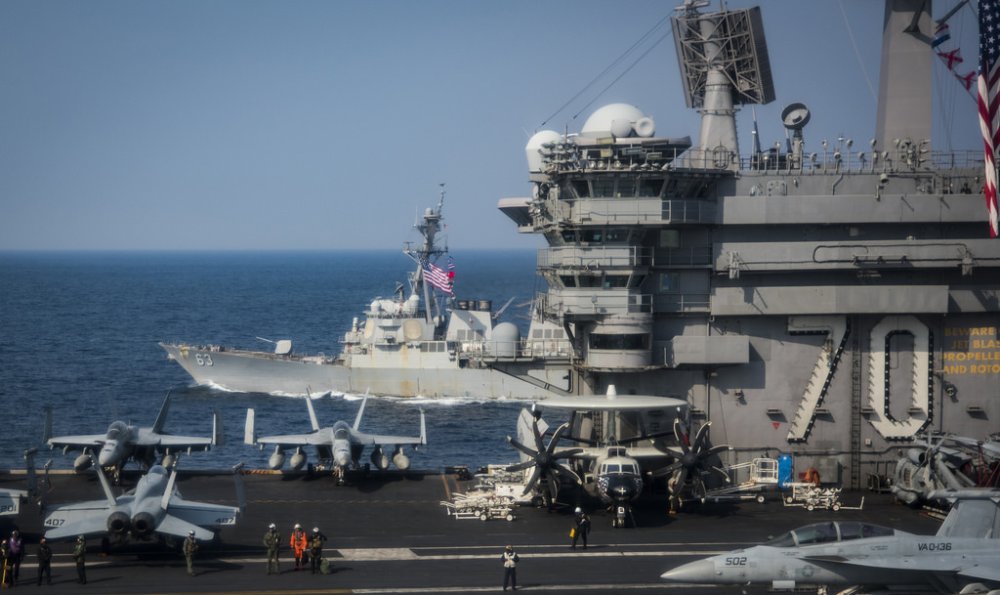 In his bombshell book “Destined for War,” which is soon to be released, Harvard professor Graham Allison offers what can only be described as the definitive account of how Washington and Beijing could soon be on the path to a disastrous conflict, ensnarled in what is often referred to as the Thucydides Trap.

While the book offers many important insights, it is Allison’s depiction of the most dangerous of greases for this trap that should terrify his readers. The enabling substance contains two key ingredients: Chinese President Xi Jinping’s Chinese Dream and visions of putting his nation on a path toward “national rejuvenation,” and U.S. President Donald Trump’s quest to Make America Great Again. These set the stage for a bigger challenge: The creation of a zero-sum game in which the newfound greatness of the one is perceived as a strategic or economic loss for the other.

As Xi and Trump meet today, both sides must grasp the sheer sum of challenges in front of them -- six by my count. While just one of these problems would be a major challenge between great powers in any era, we are presented with the most perilous of situations: multiple pathways to conflict between two states armed with large nuclear arsenals. Without serious give-and-take on both sides, the world’s most important bilateral relationship could become its most dangerous.

The Soviet Union brought America and China together. Now it is gone:

Nothing brings together bitter enemies more than even bigger enemies or shared problems. With China reeling from decades of disastrous Maoist policies that left millions dead and an economy in ruins, while the United States suffered from the aftereffects of the Vietnam War, its own troublesome economy and, most importantly, a Soviet surge that looked as if it could tip the balance of power, Washington and Beijing had ample reason to make common cause.

Such a marriage of convenience was bound to end. Domestic challenges in both countries faded. Internationally, as soon as the Soviet flag came down from high above the Kremlin in 1991, the main impetus for Washington and Beijing to work together was gone. By 1992, U.S. presidential candidates across the political spectrum were scoring points by steadily attacking China’s human-rights record. As fate would have it, however, reasons for cooperation would blossom once more.

Trade, the great unifier, is now the great divider:

Despite the death of the Soviet Union and the passing of other issues that once bound Washington and Beijing, a new source of shared mutual interest would pull these very different nations back together again: money.

The United States and China presently benefit from a $600 billion-plus bilateral trade relationship. But the fruits of this relationship benefit Beijing much more than Washington. And after then-candidate Trump venomously slammed China countless times on the campaign trail over unfair trade, the stage seems set for a showdown this week. While Chinese officials seem ready to work toward some small steps to rebalance the relationship, the fact remains that a roughly $300 billion trade deficit will likely be nearly impossible to erase in the short to medium term.

As China and Japan continue to battle over who is the dominant power in this sea, Washington will remain in the hot seat. With Tokyo having administrative control over the Senkaku/Diaoyu Islands since the 1970s and America declaring on now countless occasions that it would go to war to protect Tokyo’s position, the danger exists of a clash between China and Japan turning into a superpower showdown.

With $5 trillion of seaborne trade passing through this vital waterway -- $1.2 trillion of which is U.S. trade -- economics dictate that whoever dominates the South China Sea dominates the Asia-Pacific. China in the last few years has used its newfound economic muscle to change facts on the water, building what are essentially seven new islands armed with various types of offensive and defensive weapons platforms.

The danger here is obvious: Eventual outright control of the South China Sea would give Beijing tremendous leverage throughout the region, and by 2020, some very senior U.S. officials think, that is a very real possibility. Nations such as Japan, Taiwan, and others depend on exports and natural resources to power their economies, and China could essentially cut these nations out of the global economic order in mere days if Beijing was angered over Japanese actions in the East China Sea or over fears of Taipei’s possible pursuit of independence. While Beijing’s island bases could be wiped out quickly in a military strike, it stands to reason that China would not take kindly to such an action -- setting the stage for conflict.

Many scholars argue that the real reason Beijing built up its military starting in the late 1990s was to ensure Taipei would never seek independence -- and tensions have been building around Taiwan for several years. From the election of the more independence-minded Taiwanese President Tsai Ing-Wen, to a controversial phone call between Washington and Taipei, and tensions over the acceptance of the so-called “One China” policy, Taiwan is a flashpoint like no other. With the Trump administration considering a massive arms sale to Taipei, and China’s insistence that Taiwan may never be allowed to be free of Beijing’s grip, the island of Formosa could once again set the stage for a superpower showdown.

Recent headlines suggest that North Korea, which might consider testing a nuclear weapon in the very near future, could present both a challenge and an opportunity to work together. And the challenge is easy to see: what do you do with a country hellbent on establishing itself as a rogue nuclear power?

Regime change is simply not an option -- no one wants to be responsible for the lives of 23 million impoverished souls and trillions of dollars in reconstruction, as well as potential loose chemical, biological, and nuclear weapons. Managing Pyongyang therefore seems the only way to make sure the most lethal of Pandora’s boxes is never opened. While Washington is essentially trying to contain the problem -- think THAAD missile defenses for Seoul, cyberattacks to slow North Korea’s missile development, and secondary sanctions to add additional pressure -- only by working together can China and America break the logjam of decades of danger. But if North Korea were to test a missile that accidentally crashes into South Korea or Japan, costing innocent lives, or pushes its neighbors to respond, no one knows what could happen.

What can bring both sides together again:

While the above six flashpoints are certainly reason for concern, tensions between the world’s two biggest economies and militaries need not sputter into an open shooting contest. While there are many areas of pressure, there are also many areas of potential cooperation. Climate change and saving the environment should be at the top of talks this week. If the trade relationship could be made more equitable and as China transitions slowly from being the world’s factory to a service and ideas economy, there is no telling how deep trade ties could go. And considering cultural ties that span generations and the millions of Chinese students here in the United States, there is ample room for hope -- as long as both sides don’t embrace the mindset that the United States and China are truly destined for war.