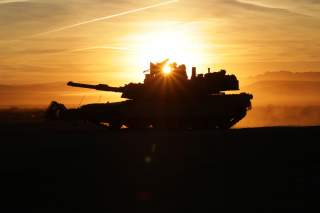 As he has reminded the American people repeatedly over the past year, President-elect Donald Trump is a deal maker. The soon-to-be President’s deal making reputation appears to be one factor that contributed to his victories in the primaries and the November general election. In truth, all presidents must be deal makers, but only some are successful at it. And, as he has readily acknowledged, no deal maker is successful all the time.

Everyone in Washington is trying to get a sense of how President Trump will approach relations with foreign governments. He has said many things about the policies and actions of various countries and their leaders, trade agreements signed by his predecessors and the future of relationships with allies and competitors. Many observers think that President Trump’s “hard line” comments on issues such as the wall on the southern border, the nuclear agreement with Iran, trade with China and the North American Free Trade Agreement (NAFTA) are the first steps in his negotiating strategy. To give President-elect Trump some credit, both the President of Mexico and the Prime Minister of Canada have indicated their willingness to discuss amending NAFTA.

Those interested in understanding how the President-elect would approach this country’s relationships with the world could do themselves some good by reading his book, The Art of the Deal. I did. It is a virtual blueprint for his winning presidential campaign, a fact which should send all journalists, politicians and experts rushing to the nearest library, bookstore or online retailer to get a copy. I came away with three conclusions. First, the President-elect understands that dealing with foreign countries, particularly competitors, is a form of combat. Second, when engaged with other governments, including in negotiations, he is quite willing to use all tools at his disposal, including deception, psychological warfare and the law. Third, he believes in fighting back hard when threatened or attacked.

These conclusions have important implications for how President-elect Trump will approach U.S. national security. Because he views relationships and negotiations as a form of combat, he appreciates the importance of worst case planning. As the President-elect wrote, "I always go into the deal anticipating the worst. If you plan for the worst--if you can live with the worst--the good will always take care of itself." This does not mean that one acts as if the worst case is a reality. But it does mean thinking through what could happen and taking measures to deal with the worst-case situations. In international relations, the worst case vis-à-vis a belligerent and well-armed challenger is the threat of war.

In international relations or negotiating a real estate deal, it is important to marshal all one’s assets in order to gain advantage with respect to the other side. President-elect Trump stated it this way: “Leverage: don’t make deals without it.”

It is evident that the President-elect doesn’t take kindly to being threatened or attacked, whether in the press, in court or in politics. Potential aggressors need to heed his views on this subject: "In most cases I'm very easy to get along with. I'm very good to people who are good to me. But when people treat me badly or unfairly or try to take advantage of me, my general attitude, all my life, has been to fight back very hard."

A strong military is an important tool in any president’s arsenal. But it is particularly relevant today and to the new President. As he remarked on the campaign trail, "History shows that when America is not prepared is when the danger is greatest. We want to deter, avoid and prevent conflict through our unquestioned military dominance.”

Today, the U.S. military is overextended, underfunded and in danger of being outmatched by rivals such as Russia and China. Unless the new President takes seriously his commitment to make the U.S. military so powerful nobody “will mess with us,” he may find himself facing a worst-case scenario, without leverage and unable to fight back.

Although President-elect Trump has spoken about strengthening all branches of the military, he needs to devote special attention to the U.S. Army. A strong, modern Army is an extremely valuable tool with which to pursue foreign and defense policies. A forward deployed Army provides both a psychological and physical deterrent to would-be aggressors. Although air and naval power are vital to determining the course and outcome of any significant conflict, U.S. adversaries have demonstrated a remarkable ability to withstand assaults from the air and sea. Land power provides the ultimate leverage: It is the tool that says to friends and enemies alike that the U.S. intends to fight back very hard.

In many ways, the U.S. Army is in the worst shape it has been since the end of the Cold War. It is smaller than at any time since before the start of World War Two, worn out from more than a decade of fighting in Iraq and Afghanistan and is increasingly obsolescent. If President-elect Trump wants to worry about a worst-case scenario, he should heed this assessment of the Army’s potential future:

“Some analysts have said of 10 major capabilities that we use for warfighting, by the year 2030 Russia will have exceeded our capability in six, will have parity in three and the United States will dominate in one.”

The Army has a plan to get well. First, it involves investing in upgrades to existing platforms and systems in the near-term to enhance its ability to provide leverage to the Joint Force and buy time to do the necessary R&D on the next generation of vehicles, long range rockets and artillery, aircraft and electronic warfare capabilities. However, current funding levels preclude the Army from investing in near-term modernization at a scale and rate that will be meaningful to the needs of this President, even if he serves two terms.

In order to avoid a worst-case conflict scenario, acquire useful leverage and let prospective enemies know he will hit back very hard if attacked, President-elect Trump needs to halt the decline in Army end-strength and invest more in its modernization. For about $15 billion more a year, less than one day’s worth of federal spending, President Trump can have an Army of 500,000 and jump start its near-term modernization.