Don't Count Japan out in the North Korea Crisis 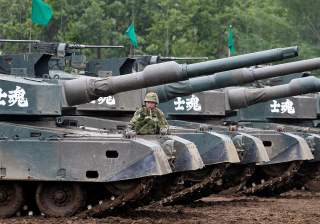 Not many years ago in Japan, the Korean peninsula and North Korea were considered America’s problem and even America’s fault.

The routinely heard complaint was the US military presence might drag Japan into America’s wars. The complaint is heard a lot less these days.

North Korean missiles — someday to be nuclear tipped — overflying Japan or landing in its territorial waters have helped change minds, as has North Korean vitriol towards the Japanese.

Although there’s no overt sign of worry, much less panic, there is increasing acceptance that Japan’s decades long run of imagined immunity from danger is ending.

Besides talking up regional risks and the need for improved defense, he pushed through a reinterpretation of collective self-defense, arguing that if America is going to defend the Japanese islands, Japan ought to help out as well.

Partly to accustom the public to military activities in Japan, the Japan Self Defence Forces (JSDF) routinely deploys Patriot anti-missile batteries in Tokyo and other parts of Japan before North Korean missile launches. Nobody complains.

And a couple months ago, a Japanese Maritime Self Defense Force ship “escorted” a US Navy ship for the first time as it moved towards the Korean peninsula.

This was both symbolic and precedent setting — as was Japanese Air Self Defense Force fighters escorting an American bomber headed towards Korea around the same time.

Even if Japan prefers to stand aside, once the conflict begins it will come to Japan.

Mr. Kim will fire missiles at Japan. How many? Not a torrent, but even a few will be a major jolt should they hit Japanese soil.

The ‘zainichi’ are probably less of a subversive force than much of Japan’s academia or left-wing media, but some tens of thousand are nominally pro-North Korea.

And of these, some are bizarrely supportive of the Kim family regime — giving rise to worries about North Korean “agents” in Japan, or even special forces that might slip ashore.

The actual physical damage North Korean operatives might cause is limited, but the panic and disruption could be considerable — as when a small team of North Korean commandos landed by mini-sub in South Korea in 1996 ran loose for over a month before being tracked down.

If conflict erupts, Japanese complaining about noisy US bases will finally have something to complain about.

America will depend heavily on its bases in Japan. Time, distance, and geography still matter in warfare. The bases are essential for moving troops, aircraft, and ships into the region and as supply, maintenance, and staging areas.

And if the United Nations gets involved, seven US bases in Japan are also designated as United Nations Command (UNC) bases. These will see an influx of allied forces.

American and allied casualties might be treated in hospitals in Japan, perhaps even in Japanese hospitals.

The role of the Japan Self Defense Force?

US forces will be stretched, so Japanese forces — particularly the Japanese Navy and Air Force — can fill in where the Americans are not.

JSDF can also provide direct support with anti-submarine warfare, missile defense, surveillance of all types, and search and rescue operations.

The Japanese Navy also has the world’s best minesweeping capability — Japanese minesweepers even helped out in the Korean War in 1950.

Maritime SDF refueling of US Navy ships at sea — as it did in the Indian Ocean for a number of years post-9/11 will be welcome, as will naval and air escorts. This is all easy enough to do if the will exists.

The US Navy and MSDF have spent the last 60 years figuring out how to operate together. One wishes the other US and Japanese services had as well.

The Japanese Navy, Coast Guard, and Army will also need to be alert for North Korean refugees, though perhaps in smaller numbers than imagined — given the challenges of getting to Japan.

Even if there are fewer refugees from North Korea, there will be a couple hundred thousand civilian non-combatants — US, Japanese, and other foreigners evacuating to Japan — and requiring JSDF support.

It’s hard to imagine Japanese forces setting foot on the Korean peninsula – though Japanese ships and aircraft might indeed operate in close proximity.

Watch the back door

With attention focused on the Korean peninsula, Japan and the US will do well to also keep an eye on Japan’s southern islands and even Taiwan. China just might be tempted to grab something.

Meantime, will there be political support for Japanese involvement in a Korea contingency? Probably. And public opinion might insist on it, despite a reflexive appeasement in parts of Japan’s political class.

The Japanese communists and socialists — long aligned with North Korea — have almost no influence these days.

And while there are a few LDP and DPJ politicians considered close to North Korea, so far there’s nothing like the scandals of 25 years ago when investigators found North Korean gold bars in LDP kingpin Shin Kanemaru’s safe.

All in all, it will be hard for Japan to sit this one out, though some policymakers might try.

Japanese constitutional law experts recently declared it illegal for the JSDF to shoot down a North Korean missile headed to Guam, on the grounds an overflight poses no existential threat to Japan as the law requires.

That’s debatable. But it doesn’t take a lawyer to know a United States that’s furious about inadequate Japanese support is an existential threat to Japan.

Grant Newsham is a retired US Marine Officer and a Senior Research Fellow at the Japan Forum for Strategic Studies.