Drone Wars: Defeating the Unmanned Threat Will Require A Firestorm Of Energy 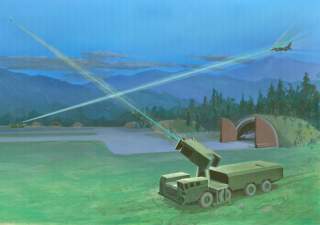 The results of the next Offset Strategy are beginning to appear on the world’s battlefields. Unfortunately, it is not the U.S. military that is deploying these capabilities. Instead it is our competitors and adversaries that are exploiting the revolution in unmanned aerial systems or drones to great effect. After action reports out of eastern Ukraine document how the Russian military and their proxy fighters have employed drones to locate concentrations of opposing Ukrainian forces and, in particular, their headquarters and then provide precision target locations for massed indirect fires. Iran has been sending drones, some allegedly based on U.S. systems that fell into Teheran’s hands, across Syria and over Israel’s northern territories. Even more ominous, Islamic terrorist groups such as ISIS, Hezbollah and Hamas are beginning to deploy drones in quantities. The U.S. and its Coalition allies no longer have sole use of the air domain. Drones provide our adversaries with the ability to conduct aerial ISR, mission command, targeting and even precision strike -- all capabilities that were, until recently, solely the province of wealthy militaries.

What is remarkable is the speed with which ISIS and other terrorists have taken to drones and the sheer numbers that are appearing in the skies of the Middle East. Not a week goes by now without a report of U.S. or Coalition forces downing a drone. Most of these are really simple, cheap, hobby shop models, used to keep tabs on our forces and provide targeting information for indirect fire systems. But that is all that is needed to provide ISIS with an order-of-magnitude or greater improvement in ISR, targeting and command and control. Because they are cheap and easy to deploy and operate, even the poorest terrorist group will be able to deploy drones in the hundreds.

The most significant part of the ISIS-driven revolution is not the use of drones as flying improvised explosive devices (IEDs), although they have experimented with this. The dramatic development in the use of drones is the marriage of these aerial vehicles with capabilities provided by companies such as GoPro to achieve real time battlefield command and control. You can go online and see videos of ISIS operations such as vehicle-borne IED attacks, filmed by a drone’s camera for propaganda purposes. It is no big leap for ISIS commanders to use these same video feeds in real time to select targets, coordinate forces and mass their fighters and improvised explosive systems at the most advantageous places.

Mind you, the U.S. has a similar capability consisting of dozens of manned airborne sensors and command and control aircraft, drones carrying advanced sensors such as Gorgon Stare that can watch dozens of targets simultaneously, and ground based operations centers filled with computers and flat screen displays. However, the U.S. capability requires thousands of people and costs many billions of dollars.

Defeating this new offset capability is going to be a challenge. The typical drone being used by ISIS, Hamas and Hezbollah are small, fly low and slow and can employ GPS-based automated guidance. Detecting them is a challenge. Most air surveillance radars don’t even see them. Those that do can usually be fooled if the drone merely hovers. These drones are extremely quiet and have a low infrared signature.

Once a hostile drone is detected, what do you do about it? There are kinetic solutions, guns and missiles. But as the Israelis have learned, it is not an easy task to hit a small moving object about the size of a pigeon at a distance of hundreds or thousands of feet with a relatively big missile. Moreover, the cost exchange ratio between a $100 drone and a $1,000,000 missile or even a $1,000 cannon round is totally unacceptable.  Also, there may be reasons why the defense doesn’t want to shoot down a drone and have the debris land right on the military base, critical infrastructure or crowd of civilians it is trying to protect.

The only way our military is going to defeat this emerging threat is by throwing a storm of electrons at it. First, this will be necessary just to find them. The military is going to have to deploy lots of sensors, a mix of radar and electro-optical/infrared systems that can detect, locate and track drones. Both fixed site and mobile sensor suites will be needed. Second, electrons offer a variety of ways of defeating this threat at extremely low cost. Electronic warfare and cyber weapons can be employed to jam or interfere with a drone’s guidance system and communications links. Even more sophisticated approaches would have the defender seize control of the drone, ordering it to divert or land or even to return to its launch point.

A number of solutions exist and are being tested. Yesterday The Washington Post reported on an anti-drone “rifle” that can jam a drone’s navigation and control systems. The Joint Improvised Threat Agency (JIDA) is a key player in this area. It recently asked Congress for the authority to reprogram money so it can begin acquiring off-the-shelf integrated sensor/countermeasure systems. There are a number of potential candidates including the Anti-UAV Defense System (AUDS) from the British company Blighter and the MARS-K built by Israel’s ELTA.  The Army is starting a formal program to design and build a capability to counter drones but that will take years.

If the drone absolutely, positively needs to be destroyed, then the smart way to do that also is with electrons. A number of U.S. defense companies including Boeing, Lockheed Martin and Raytheon have all developed and demonstrated low power lasers that can knock drones out of the sky.  If you don’t like lasers, then high powered microwaves can be employed to fry the drone’s electronics or simply shut down its engine. There are significant technical, tactical and operational issues still to be resolved before such systems can be deployed but eventually the military will have an array of drone zappers in the field.

Because drones and their sensor packages are cheap and quite effective they are spreading like wildfire across the world’s battlefields. Defeating not only today’s drone threat but what is likely to emerge in the near future – swarm attacks by drones that are larger and faster than current systems, and have their electronics shielded or are operating autonomously – will require even more capable energy-based defenses.