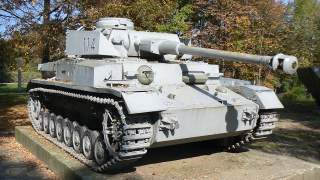 Christopher Nolan’s film Dunkirk inspired new attention to the famous evacuation by sea, in 1940, of four hundred thousand British troops under harrowing air attack. Had that evacuation failed, the United Kingdom would have been deprived of a land army to oppose Nazi Germany. But before Dunkirk, British and French troops fought desperate last stands in the channel ports of Calais and Boulogne that bought vital time for the evacuation in the Belgian Port. The situation grew so desperate at Boulogne that Allied destroyers were forced to blast their way into and back out of the harbor, using naval guns to duel with tanks, field guns and even snipers while evacuating panicky mobs of British soldiers.

How did the British Expeditionary Force fall into such dire circumstances in the first place?

Twelve days earlier on May 10, 1940 the German tanks and paratroopers of Army Group B smashed through Holland and Belgium in an apparent effort to bypass the Maginot Line’s fortifications on the Franco-German border. The British and French were expecting exactly such a flanking maneuver, and their own elite units surged north to tackle the Germans in Belgium, while French second-line infantry divisions continued to man the Maginot Line defenses.

At the hinge of the Allied mobile response force to the north and the static Maginot Line to the south lay the Ardennes Forest, which the French considered impassable to tanks and artillery due to the combination of defense wooded terrain with the natural barrier of the Meuse River. But the French had underestimated German combat engineers’ efficiency at building bridges and roads, as well as the mobility of tanks and the ability of Luftwaffe bombers to substitute for artillery support.

On May 12, the Panzer divisions of Army Group A smashed through the lone French infantry division defending the Ardennes in the Battle of Sedan, aided by overwhelming air support. The French had no reserves to counter the armored spearhead of the XIX Panzer Corps, led by the brilliant Heinz Guderian. Guderian reached the French coast on May 20, and was poised to turn north to crush British and French elite forces in a pincer.

It did not take long for Allied commanders to grasp the disastrous nature of their situation. The BEF and elite French divisions were cut off from their lines of supply in France. They could now only receive supplies—or attempt to retreat—through the ports of Boulogne, Calais and Dunkirk. You can see the disposition of the trapped Allied forces and the vital ports in this map.

At Boulogne, the main defenses consisted of two nearby nineteenth-century forts manned by gunners of the French Navy: Fort de la Crèche on the northernmost tip of Boulogne, with its three huge 194-millimeter guns, and Mont-de-Couple, southwest of Calais, with a similar number of 138-millimeter pieces. Despite being capable of firing inland at the advancing Germans, the garrisons’ troops seemed largely preoccupied with order to spike their heavy guns—a course of action ordered by a French commandant who fled the scene shortly thereafter.

In Boulogne itself, the British could contribute only two antiaircraft regiments, though one of them was equipped with eight deadly 3.7-inch flak guns. There were also 1,500 lightly trained logistical troops of the Auxiliary Military Pioneer Corps that were not supposed to engage in combat at all. To these ground units, the French could only contribute seamen working at naval installations, and a handful of artillery and reconnaissance units. The latter between them boasted just four antitank guns, a few Panhard 78 armored cars and two H-39 light tanks, one of them immobilized.

On May 22, Guderian was ready to advance on all three ports, delegating the Second Panzer Division to seize Boulogne. The forces opposing it in the two French ports were so weak that it might conceivably have overwhelmed them at little cost in time or men.

However, an unsuccessful British counterattack at Arras to the east afflicted the German high command with a bout of second-guessing, delaying Guderian’s planned attack on May 22 by five hours. That seemingly minor deferral bought the Allies vital time.

One day earlier, the Twentieth Guards Brigade had been pulled from training maneuvers in England on orders from London. By 6:30 a.m. the following morning, its Second Irish Guards and Second Welsh Guards infantry battalions had been ferried to Boulogne with orders to defend the port city, along with a battery of two-pound antitank guns and a company of field engineers.

Boulogne lies on low ground at the mouth of the Liane River. Wishing to at least start on the high ground, Brigadier General Fox-Pitt deployed the Welsh Guards to hold the hilly northeastern approach to the town, while the Irish Guards covered the southwestern flank. The six-mile perimeter gave the British a little room to fall back before hitting the urban center. The British infantry successfully repelled the first probes of the Second Panzer Division that afternoon.

Meanwhile, the much larger French Twenty-First Infantry Division began deploying to assume additional defensive positions to the south of Boulogne. Indeed, the division’s forty-eighth regiment managed to knock out nine tanks with their trusty old seventy-five-millimeter Model 1897 field guns at Nesles and Neufchatels before being forced to withdraw to Boulogne. But the bulk of the division was still on the way.

Meanwhile, the French Admiral Leclerc finally convinced the fortress troops to stop trying to blow up their own guns, and instead shoot them at the enemy. By the end of the day, the heavy pieces at La Creche had knocked out four German tanks from a range of eight miles. The French and British also flung their own airpower into the melee, with dozens of Blenheim bombers and two squadrons of French Navy Latécoère 298 float planes bombing and strafing the encroaching German columns.

But the evening swiftly brought grim news to Boulogne’s defenders. German artillery blew away much of the Mont-de-Couple fortress. Marauding Panzers fell upon elements of the twenty-first division transiting by rail, causing the bulk of the unit to scatter and evaporate. Then at 2 o’clock the following morning, the Germans assaulted Fort de la Crèche. Three French destroyers sallied forth to the fort’s defense, but could not prevent its capture after a sharp, seven-hour battle. To top it off, the Twentieth Guards lost radio contact with the British, as their superior headquarters evacuated to the UK without notifying them. Further directions could only be sent by ship.

Realizing the twenty-first division could no longer come to the rescue, Fox-Pitt hastily armed a thousand of the auxiliary troops and inserted them to hold the gap between his two infantry battalion—their courage, if not their discipline, heavily fortified by alcohol! By then the Second Panzer Division’s armored noose was closing on the defenders. Panzers forced the Irish Guards to the south of Boulogne to withdraw to the outskirts of town at 10 a.m., though two attached 3.7-inch flak guns of the Second Anti-Aircraft Regiment managed to brew a couple tanks before being knocked out in turn.

Soon, five French destroyers had assembled outside of Calais, pouring shell fire into the hordes of German tanks and infantry swarming down upon Calais. At noon, the Royal Navy destroyer Vimy sailed into the harbor to evacuate the auxiliaries and the wounded—and delivering orders to hold at all costs. By mid-afternoon, German tanks and infantry had forced their way deep into town, cutting off the French and British troops from each other. According to the war diary of the twentieth brigade, the chaos was worsened by German infiltrators and saboteurs in Boulogne disguised as priests or Allied officers, directing German artillery fire or attempting to plant bombs on Allied ships!

The onslaught cooled off in the later afternoon, as additional destroyers began approaching the harbor to help evacuate civilians and support troops. They also brought with them demolition parties to begin destroying the valuable port facilities, and two platoons of Royal Marines to police the evacuation effort.

Finally, at 6 p.m. the destroyer HMS Keith sailed in harbor to join the Vimy with orders to begin evacuating the British troops—just thirty-six hours after the Twentieth Guards had landed! But by then, German tanks, artillery and even infantry were positioned close enough to shoot at the destroyers in the harbor. Mortars and machine guns raked the Keith, killing its captain, David Simson. Shortly afterwards, the captain of the Vimy was shot in the head by a sniper—and his second in command killed moments later by the same shooter.

It was at that moment that a swarm of sixty Luftwaffe bombers pounced upon beleaguered city. Sam Lombard Hobson, a first lieutenant aboard the destroyer Whitshed, described it in his book A Sailor’s War: “Every ship opened fire as the Stukas screamed down, with their angry hornet-like noise, to drop their bombs which sent up huge fountains of mud and water alongside the destroyers, drenching everyone on deck.”

Bombs and mortar shells blasted sailors on board the Keith. It and the Vimy, both captainless, began fleeing from port—the Vimy pausing only to use its main gun to obliterate a hotel a hundred meters away that the crew believed to be harboring the sniper that had shot their captain. The dive bombers hit two French destroyers, disabling one and causing the Orage to erupt in a cloud of fire and smoke.