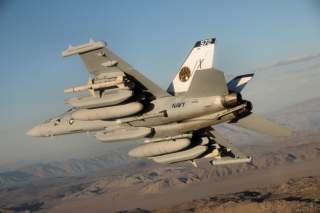 “An information technology-based war at sea is sudden, cruel and short…” was how the Chinese military characterized a peer-to-peer naval conflict at sea in a public statement at the beginning of the month during PLAN naval exercises. The exercises, occurring in the East China Sea, were designed to increase the PLAN’s “assault intensity, precision, stability and speed of troops amid heavy electromagnetic influences” or in other words, electronic warfare. China and the United States are preparing and force posturing to contest the electromagnetic spectrum in the South China Sea and further north in the East China Sea.

One of the defining characteristics of China’s actions in the South China Sea has been the construction of radar installations across the majority of its artificial features in the region.According to CSIS’s Asia Maritime Transparency Initiative, a variety of radar installations have been constructed on Cuarteron Reef, Fiery Cross Reef, Gaven Reef, Hughes Reef, Johnson Reef, Mischief Reef and Subi Reef. The purpose of these installations will vary and some will have dual uses—for instance a few of the radars on Fiery Cross and Subi Reef will be used to facilitate air operations from the runways housed on those features—but together, the facilities will significantly expand the real-time domain awareness and ISR capabilities of the PLA over a large portion of the South China Sea.

Publically, radar facilities appear to be less escalatory than anti-air missile batteries, artillery or even runways in terms of the infrastructure installed on the artificial features. They do somewhat support China’s officially stated intention of using the features for search and rescue. But the reality is that they’re of enormous use to the PLA and a pressing concern for other nations operating in the region.

These dispersed radar systems extend the PLA’s ISR capabilities throughout the South China Sea, and in combination with China’s growing military and intelligence satellite network, will likely allow better real-time tracking of vessels and other military assets in the region. It should be noted that it also appears that satellite uplink equipment is also being constructed on many of the features. What this allows is a more sophisticated and reliable over-the-horizon targeting capability for China’s growing arsenal of anti-ship ballistic missiles, extending a more credible threat envelope of A2/AD coverage to moving targets—like aircraft carrier strike groups.

The coordination of Chinese maritime assets in the South China Sea, such as naval militia, will also benefit from this increased domain awareness. These assets are being widely used by the Central Government in both the East and South China Sea. When combined with recent reports that China has begun to install satellite uplinks to its growing Beidou-GPS system throughout its fishing fleet—and very likely throughout its maritime militia—the ability for Beijing to make sure that these ‘white hulls’ are where they need to be at the most opportune time seems to be increasing.

These facilities might also allow the PLA to conduct active jamming of other electronic sensors and radars in the region. China already has a history of this activity in the South China Sea, with reports last year that attempts were being made to jam the on-board equipment and disrupt the GPS uplinks of American RQ-4 Global Hawk surveillance aircraft.

If an action/reaction dynamic has also started in terms of investment and research into more advanced EW techniques and technologies, it may have also begun on the tactical level in the South China Sea. This was perhaps most obvious with the deployment of four US Navy EA-18G Growler electronic attack aircraft to the Philippines in June earlier this year. The stated reason for their deployment was for “bilateral training missions,” but the Growlers were likely also conducting reconnaissance and SIGNT operations in the South China Sea.

Growlers also have the capability to jam radars like those being installed on China’s artificial features. It’s plausible that we’ll see a scenario developing that has US EW assets focusing on China’s radar infrastructure across the South China Sea, with the PLA’s burgeoning electronic attack and defence capability attempting to defend these new electronic capabilities. More EW capabilities could be poured into the region in an effort to control or disrupt domain awareness, a critical aspect of coordinating military forces across the region for both sides. Increased EW capabilities may also be a less obvious and less aggressive way for US forces to support Southeast Asian allies in the region.

These types of operations will grow in the future, particularly as the PLA’s radar infrastructure comes more fully online and, as it appears, Chinese air force assets begin to operate more fully in the region. The electronic spectrum, largely out of sight of the public eye, is becoming an area of a growing action/reaction dynamic between China and the United States in the South China Sea. This contest, if it grows and persists, will only add to the underlying tensions and risks of escalation in the South China Sea.