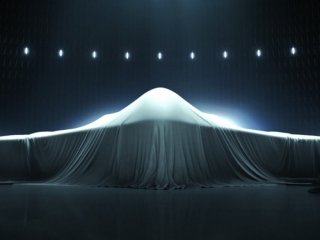 Last week, the U.S. Government Accountability Office turned away another contract protest, ruling that the U.S. Air Force had acted reasonably in awarding development of its future Long-Range Strike Bomber (LRS-B) to Northrop Grumman. We yet await Boeing’s decision on whether to sue in the Court of Federal Claims, as teammate Lockheed briefly did after losing the Joint Light Tactical Vehicle (JLTV) program to Oshkosh. Regardless, the political-industrial campaign to kill the LRS-B has already begun. Yesterday, retired General Mark Loh warned at the Mitchell Institute that “there are people out there that are going to try to kill it; they are all over this town.” In Forbes two days prior, Loren Thompson had already begun his awaited assault, assailing Northrop as incapable of executing the program. So what might Boeing and Lockheed prefer at this point? Whatever new aircraft fly for the USAF, Boeing will be building tankers to refuel them. Lockheed, though, will have a strong incentive to convince the Defense Department to forgo the big bomber, and instead build as many stealth fighters and cruise missiles as money allows.

As with most things for the Pentagon, the first argument is indeed economic. The F-35A might be very expensive to buy and operate in comparison to even the latest F-16E, but the USAF could probably buy and operate about five of the JSFs for the ongoing cost of a single LRS-B. In two articles for War On The Rocks last year, T.X. Hammes of the Institute for National Strategic Studies compared the bombers to battleships, calling them too big to lose, and arguing that the LRS-B should be bypassed for “a mix of manned aircraft, cruise missiles, long-range rockets, and cheap drones.” Mix is an important point. For the United States—though not China—long-range rockets are treaty-limited by the Intermediate Nuclear Forces agreement with Russia (to which the counter-party may or may not be adhering). Nuclear or not, no ground-launched missile can have a maximum range between 500 and 5,000 kilometers. Except for coastal artillery applications in the Ryukyu Islands and points nearby, that mostly sends us next to sea- and air-launched cruise missiles.

If those weapons come from the Navy, a frigate to fire them could actually cost more than the bomber, and a submarine yet more. A ship can salvo more missiles than a bomber, but with current technology cannot reload at sea. Another alternative, then, is air-launched cruise missiles. Today, against a first-rate opponent like Russia or China, the B-52Hs and B-1Bs of the 8th Air Force would be effectively an aerial standoff missile force. But the idea that old aircraft would fare just fine with new missiles has been around since the cancellation of the XB-70 Valkyrie in 1961 aircraft can fly with impunity, attacking a wide range of targets below with free-fall weapons.

With these, the Navy's not-so-stealthy F-18s will similarly become far more effective. Putting money into the payload before the platforms works well, but only up to a point. The problem is that hanging cruise missiles on fighters does so only about two missiles per sortie, for over a million dollars per shot. Against an enemy’s navy and air force, that’s reasonably economical; against his army, it’s not.

That gets to the second argument, which concerns geography and strategy. Just who’s that enemy, and what’s the plan for fighting him? The LRS-B will not be an airplane built for pre-empting North Korea or Iran’s nuclear weapons programs; the United States government has already made clear that it’s not starting wars over those. The LRS-B will not be an airplane built for bombing Russian tanks on their way into Poland and the Baltics; that’s a role for fighter and attack aircraft. No, the LRS-B will be an airplane for bombing China, whether by penetrating its Maginot Line of air defenses from the east, or flying over the Himalayas for an end-run from the southwest. If the strategy for that war calls instead for a distant blockade and the steady destruction of the Chinese fleet with cruise missiles and torpedoes, new penetrating bombers may not be worth the investment. But if the strategy does call for bombing Beijing in a John Warden way, then the attackers had better come with massive payloads of gravity bombs, on long-range aircraft that are nearly invisible. We could build a complicated model of weapon costs and kill probabilities and sortie rates—and there are plenty out there—but the broad issue is this: the kind of war you want to fight determines the kind of airplane you want to buy.

James Hasík is a senior fellow at the Brent Scowcroft Center on International Security. This article first appeared in the Defense Industrialist.