Everyone Wants to be Great Again 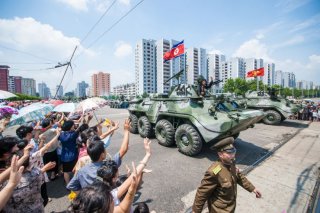 Political forces catering to frustrated publics are rising throughout the world. Movements and political parties that for decades have been known as “fringe,” have become mainstream in Austria, Denmark, Greece, Hungary, India, Latvia, the Philippines, Poland, Russia, Slovakia, South Korea, Turkey and many others. Similar players are on the rise in France, the Netherlands, and the United States.

Support for these forces comes from those aggrieved by such issues as inequality and the influx of refugees, or from those who are unhappy about the meddling state, corruption and a lack of accountability. Thoughts and feelings brought to the fore by these political tidal waves fall on both the extreme left and right ends of the spectrum. Colorful, media-savvy, authoritarian leaders often stand at the helm of these forces, as the very notion of a political center loses relevance.

“Americans might flinch at the idea that US politics has anything in common with the Philippines or Russia,” Gideon Rachman, a columnist for the Financial Times writes in a recent piece. “But, in fact, Trump exhibits many of the characteristics of the current crop of strongman leaders, including Vladimir Putin, Xi Jinping, Recep Tayyip Erdogan, Abdel Fattah el-Sisi, Narendra Modi, Viktor Orban and Rodrigo Duterte.”

Russia is indeed a part of this international trend, and has been one of its pioneers all along. “There is a convergence of politics across the world and many of the current trends appeared first in Russia,” Fiona Hill of Brookings Institution tells me. “Putin is more mainstream than he appears. Everybody wants to be great again.”

Because of Russia’s post-Soviet history, it was one of the first to feel the pain of a “loss of greatness.” But there was a long debate in Russia over what exactly needed to be done to make Russia great again. When Vladimir Putin was propelled to the political forefront in 1999, a set of economic reforms was developed and its implementation began. It was understood at the time that Russia had to attract investment and technology to rebuild itself from the ground up.

The original plan of reformist policies was never completed. It soon became clear that Putin chose to cure the country’s woes by putting security first. He placed an anti-terrorist operation in the Caucasus (essentially a war in Chechnya) at the center of his agenda. While economic reform and political transformation did not quite work, picking fights and securing victories worked really well. In the end, it was a favorable oil price, not a reformed economy, that proved crucial in funding Putin’s way of making Russia great again: from Chechnya to Ossetia and Abkhazia, from Abkhazia to Crimea, from Crimea to Donbas, from Donbas to Syria, and from Syria to God knows where else.

Some of these operations were more legitimate than others. In Chechnya, Russia was fighting domestic terrorism, however brutally. The war in Georgia was a more questionable affair, although there is some room for debate on its causes and culprits. Crimea was an utter breach of international agreements and a sovereign country’s territorial integrity. The one feature that unites all these events is Russia’s readiness to use—albeit limited—military force.

Alongside the much-vaunted support that Putin enjoys (in large part a creation of the state-run media) there are strong dissenting voices. Putin’s former Vice-Premier and Minister of Finance, Alexei Kudrin, is saying that Russia needs a rule-based political and economic system capable of providing for sustainable economic growth. Kudrin, who is now responsible for drawing up a new reform plan for Russia, recently tried to persuade Putin to ease geopolitical tensions in order to attract foreign investment. The former finance minister received a stern rebuttal from Putin who said that he would never bargain over Russia’s sovereignty. Putin has thus confirmed that his understanding of sovereignty and security takes precedence over any economic logic. He seems to consider it beneath him to deal with lowly economic issues.

One has to be very clear about the kind of building blocks that bolster Russia’s assertiveness: they include the primacy of absolute political sovereignty and the willingness to use force. These key concepts are brought up by Moscow’s state-controlled news media and top Russian politicians on a daily basis. Russia is building a new credibility on its readiness to use the country’s hard power; not soft power, trade power, or economic competitiveness. Led by the current political elite, Russia has decided against pursuing economic development or modernizing policies, seeing these essentially as compromises.

Where does this leave us in our attempt to compare Russia with other political regimes that aspire to make up for their former (perceived or real) losses—Poland, Hungary, Turkey and others? Reclaiming sovereignty features prominently on the agenda of most born-again national leaders of Europe and beyond. Most European left- and right-wing populists highlight their distrust of Brussels. Some regimes are building their agenda on good old anti-Americanism and are claiming their independence from U.S. policies.

Everybody wants to be great again these days (perhaps for the admirable exception of Canada). But few are ready to come up with openly irredentist claims on neighboring countries’ territories and few announce their utter dissatisfaction with global and regional security arrangements, as Russia does. Few think that addressing economic problems is for losers, as the Kremlin appears to think. Russia has learned that using force pays. “From its recent military adventures in Syria, Ukraine, and Georgia, Moscow drew the lesson that military force can be an effective foreign policy instrument… and that the West is loath to counter Russian hard power with tough measures, let alone force,” write Fredrik Wesslau and Andrew Wilson in a recent report for ECFR.

This is probably one of the main differences between Russia (and China?) and other dissatisfied powers and political operators. Most newly assertive regimes tend to cocoon into inward-looking policies, shy away from interventionist designs, see international trade agreements as harmful, view humanitarian (let alone economic) refugees as dangerous. Russia is not a fan of globalization either, but on top of that, Russia is ready to pursue interventionist politics and use force whenever its leaders see fit.

The opinions expressed here are solely those of the author.

This article originally appeared in the Wilson Center’s Kennan Institute