Everything You Ever Wanted to Know about Russia's Massive Tank Force 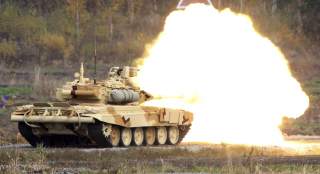