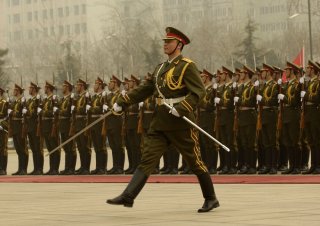 There's an “Uber for X,” goes the little ditty, celebrating the ubiquitous infiltration of the online 'sharing economy.' It seems Uber's business model can be turned to virtually all our needs, and a global ecosystem of app buttons has popped up on our smartphones.

As in so many things, however, this ecosystem ends abruptly just north of Hong Kong's Lok Mau Chau border crossing. From there, an entirely different online realm offers a parallel menu of online businesses and brands that adapt – and often improve upon – sharing apps, with Chinese characteristics of course.

And now, proving real life can be sharper than parody, comes the story of Uber's own run-in with Guangzhou legal inspectors, who closed the service down and then promptly started their own officially-approved network. “The new taxi booking system, called Ru Yue, will be led by the local transport authority of Guangzhou – the very same government agency that sent its officials to raid the Guangzhou office of Uber.” There is, quite literally, a China for Uber.

Beijing wants to have its own independent internet ecosystem for reasons of national security and, well, because it can. Its economy is large enough, its population is dynamic and innovative, and its financial system is sufficiently insulated to create a vibrant, self-contained internet. Today China's best companies are reaching across its borders for growth, but for now the most distinctive feature of the Chinese web is its separateness.

One American defense analyst, John Costello, has suggested explictly that Chinese domestic commerce could largely survive in an “autarkic” condition. That worries such people, who believe this isolation might tempt China to act aggressively in cyberspace, with little to fear in a worst-case scenario.
What would such a scenario look like?

It has long been supposed that Chinese authorities have a kill-switch to seal off their internet, indeed they have done exactly this inside restive provinces to suppress information flows. Knowing that cyber-war is “offense dominant,” China could theoretically launch a huge, crippling cyber-attack while pulling up its electronic drawbridge. Objectively speaking, most advanced nation states could do this, at least to some extent. Chinese hawks may well worry about the U.S. pulling the same stunt.
That mutual vulnerability is what's so scary.

More worrying still, Costello notes China's obsession with America's space-based communications network. Space is the real electromagnetic drawbridge. Satellites allow surveillance, sensing and targeting – and ultimately support the remaining internet (physical communications links can be severed easily). Because the U.S. is still dominant in space and so dependent on it, some Chinese analysts boldly talk about bringing American combat capabilities “back to the stone age,” at least for long enough to achieve China's strategic objectives. They think America is a “no satellites, no fight” military.

This is questionable. So is the assumption that the U.S. would passively watch its satellites be preemptively obliterated by another nation, and so is the notion that a first-strike attacker would long enjoy useful orbits clear of debris. If there's a Stone Age, we're all in it together.

Last week's report to Congress on Chinese military capabilities betrays the Pentagon's alarm as Beijing systematically builds anti-space systems. What looks to the Chinese like precautionary capabilities appear threatening in Washington. The security dilemma in space, Costello reminds us, ultimately threatens the ongoing viability of the entire internet ecosystem. If one superpower tears out the eyes of the other and retreats to its highly-degraded terrestrial-only intranet, one has to wonder if its drawbridge could ever be safely lowered again. It would effectively be the end of globalization.

There is a brighter side, fortunately. Most Chinese elites, and hopefully also its young people, understand that such a world – without trade and travel – would be a small one. Those who can remember the 1970s, while perhaps nostalgic for their shattered utopia, hardly yearn for those claustrophobic times. Financial isolation stings too, which is why Russia reacts so harshly to the possibility of being disconnected from the global payments system. The positive forces for greater global integration are strongly beneficial, and even more so for China. So as its officials busily build up the Great Firewall, raid the offices of multinationals, and launch missiles into high orbit, we should hope they consider how well the interconnected Uber world works for us all.