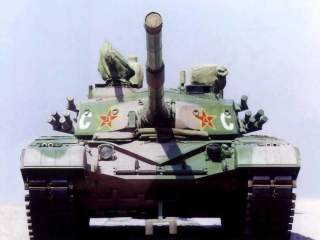 Taiwan's Ministry of National Defense on Wednesday announced that sluggish recruitment fig.ures were once again forcing it to delay its plans to end military conscription next year, one of the major goals of the Ma Ying-jeou Administration.

Convincing enough qualified young men and women to forsake the comforts of civilian life and enlist in the armed forces will always be a great challenge, one that has been made more formidable by recent controversies such as the July 2013 death of Army conscript Hong Chung-chiu and the 'Apache-gate' scandal earlier this year. At the very least, the Government should not make matters worse by sending contradictory signals about the nature of the threat facing Taiwan to potential recruits.

Sadly, such a signal is exactly what the Chinese Nationalist Party (KMT) is about to broadcast after it allowed its honorary chairman, Lien Chan, to attend a series of events in Beijing commemorating the 70th anniversary of Japan's defeat in World War II, which will include a goose-stepping military parade on September 3 of such proportions as to bring to mind the very fascism that was defeated in the war.

The Ma Administration doesn't seem to realize that it is shooting itself in the foot. The main issue isn't the KMT's longstanding disagreement with the Chinese Communist Party over the latter's historical revisionism and the role that communist forces supposedly played in the war, a battle of ideas which is of little interest to most Taiwanese (Taiwan was part of the Japanese empire during World War II).

The real problem is that Lien's participation in the events—even if he is going as a 'private citizen'—plays directly into Beijing's propaganda campaign (it has also extended invitations to retired generals in the Taiwanese military as well as a number of politicians on the island) and risks undermining the willingness of young Taiwanese to join the military. After all, why should young men and women adopt a lifestyle of hardship and risk their lives if the nation's political leadership doesn't take the Chinese military threat seriously?

Mr. Lien, a former KMT chairman and vice president, is also expected to hold a meeting with President Xi Jinping during his 'low-key visit'. All this comes a little more than a month after footage simulating a People's Liberation Army (PLA) assault on a mock-up of Taiwan's Presidential Office was made public, and on the heels of a new recruitment video for the PLA Navy whose bombast and militarism has caused concern among China's neighbors.

Yet by attending, Lien—and by extension the KMT—will be signaling that such belligerence, which again will be on display during the Victory Day parade, is of little concern to Taiwan. Never mind that the Second Artillery Corps continues to threaten the island nation with approximately 1500 ballistic missiles, that the PLA has held several exercises practicing amphibious assaults of the kind that would be launched to invade Taiwan, or that the efforts by China's intelligence agencies to penetrate Taiwan have intensified. All of this is happening in a period when, according to President Ma, relations between the two sides are the best they've been in sixty years.

As editorials such as this one in the state-run Global Times make amply clear, an authoritarian, expansionist, and nationalistic China remains an existential threat to democratic Taiwan, a situation that could get worse in light of the trend lines in Taiwanese society and the high likelihood that the opposition Democratic Progressive Party (DPP) will return to power next year.

Besides alienating the young Taiwanese whose faith in the military establishment hangs in the balance, Mr. Lien's presence in Beijing will hardly be reassuring to Taiwan's security allies, chief among them the U.S., where doubts about Taipei's commitment to self-defense have never been entirely dispelled.

That isn't to say that China should always be treated like an enemy and that no efforts at conciliation should be made. Quite the contrary. But such diplomacy should never occur in isolation of the optics that those exchanges generate. Sending a high-profile representative to an event that celebrates militarism by a regime that refuses to let go of the past and which continues to threaten war against Taiwan's 23 million people for expressing their legitimate right to self-determination is not a wise decision. (Although James Soong, the third presidential candidate in the 2016 elections, will not attend the ceremony, it is reported that a representative of his party will do so.)

There is no doubt that young Taiwanese men and women are dedicated to defending their country and way of life. But whether they choose to do so by enlisting in the military will be largely contingent on how seriously their government takes national defense. Cavorting with a militarist regime at a time of rising apprehensions over China's belligerence and disregard for international law accomplishes just the opposite.