Explained: Why We Must Negotiate With Terrorists 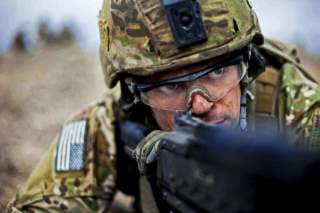 The prisoner swap that brought Bowe Bergdahl home gave rise to an intense debate about the legitimacy and prudence of negotiating with terrorists. Those objecting to such deals have two worries: first, that negotiating with groups like the Taliban or Al Qaeda provides them with incentives to continue snatching soldiers; second, that the released operatives would go back to their old ways. Once out, they might devise new ways of harming us.

The Israelis have been engaged in a similar debate - most recently after the release of 1027 Palestinian prisoners in return for Gilad Shavit, an Armored Corps soldier abducted by Hamas in 2006, and held in Gaza for more than five years. The worry there, too, was that the exchange would encourage further acts of terror and that the militants released would return to their dangerous activities. In the past few weeks those raising such concerns have been vindicated by events: three Israeli teenagers were kidnapped and murdered by Hamas operatives who hoped to bargain for the return of their bodies. Around the same time it emerged that one of the Hamas prisoners released in the Shalit deal was involved in the recent murder of an Israeli Police Colonel.

Clearly, then, critics such as Ambassador John Bolton and Senator Marco Rubio, who raised these kinds of worries about the Bergdahl deal, have a point. But these skeptics are, ultimately, off the mark. Negotiating with terrorists does spur them on. And some of the militants we release will reoffend. And yet there is no choice but to conduct such negotiations.

Since the end of World War II, most conflicts involving western powers have been asymmetrical.  They involve a modern, well-trained and well-equipped army, with an orderly chain of command on one side and, on the other, loosely affiliated paramilitary groups who do not wear uniforms, do not train or reside in clearly identifiable military bases, and do not answer to anything like a chain of command. To use a cinematic illustration, contemporary war looks far more like the Battle of Algiers than like Saving Private Ryan. There is a vast difference in conventional power and wealth between such fighting sides. The Taliban and Hamas cannot fight in the same way regular armies fight because they would not stand a chance if they did.  Rather, such organizations tend to adopt two strategies: striking from behind civilian cover and selecting “soft” targets – noncombatants, off duty soldiers and so on. From Algiers to Bagdad to Tel Aviv, we have seen, in the past few decades, obscene and gruesome attacks on buses, clubs, travel agencies and schools.  While morally repugnant, such attacks are not going anywhere because they are both tactically and strategically essential to those perpetrating them.

At this point we should introduce an uncomfortable but crucial distinction: terrorism, like guerilla fighting more broadly, is a way of behaving rather than a group designation. Scholars such as Stephen Nathanson have pointed out that it is more coherent to talk about terrorist methods than about “The Terrorists”. These methods are used, disproportionately, by non-state actors like the Taliban, Hamas and (recently) ISIS. But not exclusively. If terrorism consists in the intentional targeting of civilians, then blowing up buses is terrorism, shooting rockets into civilian neighborhoods is terrorism, retaliating in kind is terrorism, and the devastation of German cities at the end of World War II counts as well . Early Americans used both guerilla and terrorist tactics against the British, the French resistance used them against the Germans, the Zionist paramilitary organizations used them against the British mandate before Israel was created, and the African National Congress used them against both Apartheid forces and white South African civilians. We could extend our survey far into the past. Such methods are as old as our tendency to fight.  What has changed in recent years is that asymmetrical engagements have become the primary manifestation of war. As a result, the use of terrorist tactics has grown exponentially.  It is rather absurd to speak of gentlemanly fighting after the two great wars of the twentieth century. But symmetrical warfare at least affords the potential for nobility in battle: English, French and German troops observing an informal truce on Christmas eve, 1914; Rommel discarding Hitler’s 1942 directive to execute prisoners. But when the very possibility of equality between combatants disappears, so does the coherence of anything like the war convention or mutual adherence to rules of engagement.

But let us return to our main argument: we must negotiate with terrorists because in recent years we have been fighting weak non-state entities who will never give up the equalizing benefits that terrorism affords. If we send our soldiers to fight asymmetrical wars, they will be fighting terrorists. Refusing to “negotiate with terrorists” is the same as telling our soldiers that we will never talk to their enemies, which amounts to telling them that they have nothing to hope for if they are caught, which is the same as telling them that we don’t “have their back”. That is wrong (for obvious reasons), bad for morale, and catastrophic for our ability to recruit fighters. If any of our asymmetrical wars are worth fighting (a different question altogether), we need to face up to the moral and practical realities involved. We must, in other words, confront the enemy we find, not the one we would have fashioned for ourselves.

Nir Eisikovits teaches legal and political philosophy at Suffolk University where he directs the Graduate Program in Ethics and Public Policy. His new book Kill Me Tomorrow: A Theory of Truces will be published next year by Palgrave MacMillan.