Exposed: How Close Nazi Germany Came to Invading Britain (And the One Thing That Stopped Them) 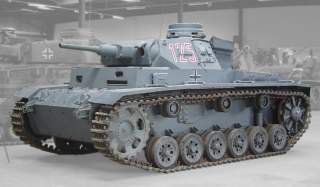 Reeling under combined assault from German land and air forces, in late May and early June 1940 the British Army evacuated France. As many as 338,000 British and allied troops got off the beach at Dunkirk.

But they left behind 2,300 artillery pieces, 500 anti-tank guns, 600 tanks and 64,000 other vehicles — around half of the British Army’s entire inventory of heavy weaponry.

For the next year, the army was all but powerless to defend the British Isles. At least that’s what Adolf Hitler and the rest of the German high command believed as they promptly laid plans to invade. They called the operation Unternehmen Seeloewe. Operation Sealion.

But brave Royal Air Force pilots exacted such a toll on German planes during the Battle of Britain between July and October 1940 — destroying some 2,000 Luftwaffe aircraft and killing 2,600 aircrew against the loss of 1,600 British planes and roughly the same number of aircrew — that Hitler cancelled the invasion.

That’s the popular conception. Problem is, it — along with many other entrenched notions about Operation Sealion — is wrong, according to Robert Forczyk’s new book We March Against England. In truth, the Germans could have put boots on the ground in England by the end of 1940, RAF be damned.

For starters, the RAF’s defense of British air space in mid-1940, while admirable, wasn’t decisive in forestalling the invasion … because the invasion didn’t depend on the Luftwaffe gaining local air superiority. Germany’s improvised nighttime invasion fleet of destroyers, barges and fishing boats could expect to sail right under the RAF’s nose.

“Once the enemy was at sea,” Forczyk writes, “Bomber Command’s level-bombers would have been of negligible value and the anti-invasion effort would have rested squarely upon the obsolescent Fairey Battles of №1 Group (six squadrons with about 90 Battles) and the Blenheim light bombers of Air Vice-Marshal Sir James Robb’s №2 Group (11 squadrons with about 160 Blenheims). Both aircraft had already proven highly vulnerable to enemy fighter interception.”

Nor was the Royal Navy necessarily a powerful invasion-deterrent. “Of all the misconceptions about Seeloewe, the ability and willingness of the Royal Navy to defeat an invasion attempt are often the most egregious,” according to Forczyk.

As the Germans’ self-imposed late-September 1940 invasion deadline loomed, just five of the British fleet’s 14 capital ships were in home waters. “Furthermore, Adm. Sir Charles Forbes, commander of the Home Fleet, was very wary of risking his capital ships in the English Channel where they could be bombed by the Luftwaffe and was content to rely primarily on destroyers and light craft, supported by a few cruisers, to oppose any invasion.”

“Forbes said that as long as the RAF was undefeated, the primary defense against invasion should be left to them and the army.”

London ultimately compelled Forbes to add a single old battleship to the anti-invasion fleet, but the big ship would need hours to reach the fighting. The Royal Navy’s plan, in the event the German troop barges set sail, was to send 40 destroyers and four cruisers — split into two groups — to hit the barges from east and west.

But the British ships would have to endure air attacks and survive minefields before finally making contact — at night — with the four dispersed and heavily-armed invasion flotillas the Germans had planned. While the Royal Navy’s submarines might fare better, the surface fleet’s chances of defeating an invasion on its own were tenuous.

“The navy can lose us the war,” Forczyk quotes British prime minister Winston Churchill as saying.

Nor, of course, was the army ready to resist a German landing in the half-year after Dunkirk. “Unfortunately, the British Army in September 1940 was little more than a ‘cardboard force’ that was not capable of sustained ground combat against a veteran and well-trained opponent.”

Lacking in heavy weaponry and motor transport, the British Army was also stuck with an outdated operational concept that was like something straight out of World War I. It still practiced trench warfare.

Worse, the doomed intervention in France had gotten so many junior officers killed that, in late 1940, many small units lacked appropriate leaders. As a consequence, they weren’t likely to improvise new tactics as the Germans stormed the beaches.

So if the RAF’s fighting prowess didn’t matter, the Royal Navy’s own anti-invasion plans were too timid and the British Army was too shell-shocked to resist, exactly what — in Forczyk’s estimation — prevented the Nazis from conquering the British Isles?

The simple answer is the Soviet Union. Hitler indefinitely postponed Operation Sealion in order to devote more resources to his crazy, lifelong ambition to invade the USSR. The Eastern Front would eventually consume millions of German lives and ultimately prove to be Hitler’s downfall.

The more complex answer, according to Forczyk, is that Hitler put the invasion on hold because, organizationally speaking, postponement was easier for him than forcing the bickering chiefs of the German army, navy and air force to work together on a single operation as complex as an amphibious landing.

“By tolerating these personal agendas, Hitler threw away any hope of achieving decisive results in regard to England.”

The United States entered the war in December 1941 following the Japanese attack on Pearl Harbor. With the Soviets and the Americans backing them, by 1942 the British were no longer alone, outgunned and outnumbered.