F-117: Why America's First Stealth Fighter Would Be Crushed by Russia or China 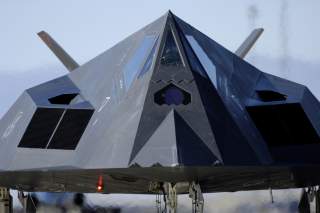 With the U.S. Air Force working hard to develop the B-21 bomber, it is a good time to look at the evolution of stealth starting with the Lockheed Martin F-117 Nighthawk. That aircraft was retired in 2008, but would the F-117 still be useful today?