F-16 vs. MiG-35 vs. Eurofighter Typhoon (and More): What Plane Will Join India's Air Force? 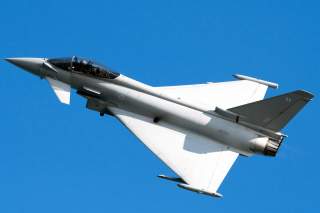 India will soon launch a much-anticipated process for a massive fighter-jet buy, according to local media reports.

This week, India’s Financial Express reported that the Ministry of Defense has ordered the Indian Air Force to publish a request for information for one hundred fighter jets before a defense manufacturing exhibition, Defexpo, starts on April 11. Global defense firms have been anxiously waiting for the bidding process to begin, as the contract is expected to come in at around $15 billion.

It was anticipated that the RFI would be for a single-engine plane for the Indian Air Force. With that in mind, Saab has been promoting its Gripen E, while Lockheed Martin has touted its F-16. These companies had doubted that a RFI would come this soon. Back in February, Dean Rosenfield, Saab’s head for the Asia Pacific, told Reuters: “Hopefully we get an RFI this year. More than likely, 2019. But it really is dependent on the customer and what they do with the election there as well.”

Both Saab and Lockheed Martin should be pleased with the timeline of the RFI, assuming the Indian Air Force meets the April 11 deadline. They’ll be less pleased with its substance, which the Financial Express says will include more competition than they were expecting. An unidentified source told the paper that the RFI will not specify whether India is looking for a single- or double-engine fighter. Although India earlier said it was only interested in single-engine fighters, the move isn’t entirely unexpected. Earlier this year, a government source told the Times of India that “the original plan placed an unnecessary restriction on only single-engine fighters, which limited the competition to just two jets (American F-16 and Swedish Gripen-E). The aim is to increase the contenders and avoid needless allegations later.”

The source who spoke to the Financial Express said that “all types of fighters that participated in medium multi-role combat aircraft (MMRCA) tender of 2007 would be eligible for consideration again.” That contest witnessed India giving six planes—the F-16, Saab’s JAS 39 Gripen, the Eurofighter Typhoon, Boeing’s F/A-18E/F Super Hornet, Mikoyan’s MiG-35 and Dassault’s Rafale—serious consideration. Eventually, it narrowed the list down to the Typhoon and Rafale, before selecting the latter in late 2012, primarily due to cost considerations. Even that wasn’t the end of the process, which had begun in 2005. In 2015, Delhi decided against purchasing the 126 jets as the MMRCA contract envisioned, and instead opted for thirty-six Rafale planes.

Thus, even when the RFI for the Air Force fighters is issued, it will only signal the beginning of what is likely to be a very long process. Nirdosh Tyagi, a former deputy chief of air staff, provided some details on that. “The defence procurement procedure-16 clearly states that RfI is not a commitment for procurement. An RfI is not structured as a rigid document, unlike an RfP [request for procurement].”

The process this time around might go much more quickly given how desperate India is growing for air power. The military has said that the country should ideally have about forty-two squadrons to deal with the threats posed by China and Pakistan. Each squadron is made up of eighteen to twenty planes.

Currently, the Indian Air Force has only thirty-two squadrons. Ten squadrons of older Russian planes are expected to be retired by 2022, and some estimates suggest that the Air Force will have only nineteen squadrons by 2027. In the most dire scenario, this could drop to sixteen squadrons, or roughly three hundred planes by 2032. By contrast, the People’s Liberation Army Navy and Air Force are estimated to have 1,700 combat aircraft, although this includes the numbers from both services (rather than just the Air Force) and includes bombers, fighters and attack planes.

How bad things get for India will depend on a number of factors, including how many (and how quickly) of the indigenous light combat aircraft (LCA) Tejas come online. Delhi could speed up the number of aircraft it receives from the new fighter-jet contract if it allows the company that wins to deliver to build more planes abroad. Under the original terms of the MMRCA contract, eighteen jets were to be delivered ready to fly, while 108 of them were to be built indigenously. A similar dynamic is expected to be at play for the new fighter-jet contract, as both Saab and Lockheed Martin have already selected domestic Indian firms to partner with should they win the contract. If national-security circumstances get bad enough, however, Delhi may decide to opt for more ready-to-fly planes.

It’s worth pointing out that quantity is only one issue for India’s Air Force. The other is quality, at least when it comes to China. Beijing is already starting to deploy fifth-generation aircraft whereas India is only exploring purchasing less advanced planes. There have been reports that India’s requested classified briefings on Lockheed’s F-35 fifth-generation fighters, but these appear to be false. The cost of the F-35 is probably beyond India’s budget.