F-35 Killer: America Has Big Plans for Its 6th Generation Fighter (Like Lasers) 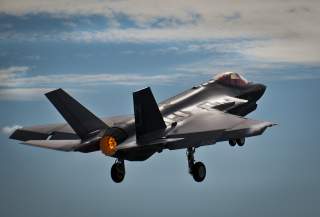 It is also possible that the new 6th-generation fighter could use advanced, futuristic stealth technology able to enable newer, more capable air defenses. The air defenses of potential adversaries are increasingly using faster computing processing power and are better networked together, more digital, able to detect a wider range of frequencies and able to detect stealthy aircraft at farther distances.The new 6th-generation fighter will also likely fire lasers and have the ability to launch offensive electronic attacks.

This first appeared in Scout Warrior here earlier in the year.